Manifest has caused a ripple and generated many fans who are saying it is the new “Lost.” The hit NBC show tells of a routine flight to New York. Although, once the plane is struck by lightning, all passengers are presumed dead.

Flight 828 returns, and all the passengers find the world has moved on by 5 years, and not the few hours the flight was supposed to take.

Now, there are visions and voices, and the passenger’s integration into society is not so straightforward as a deeper mystery unfolds. 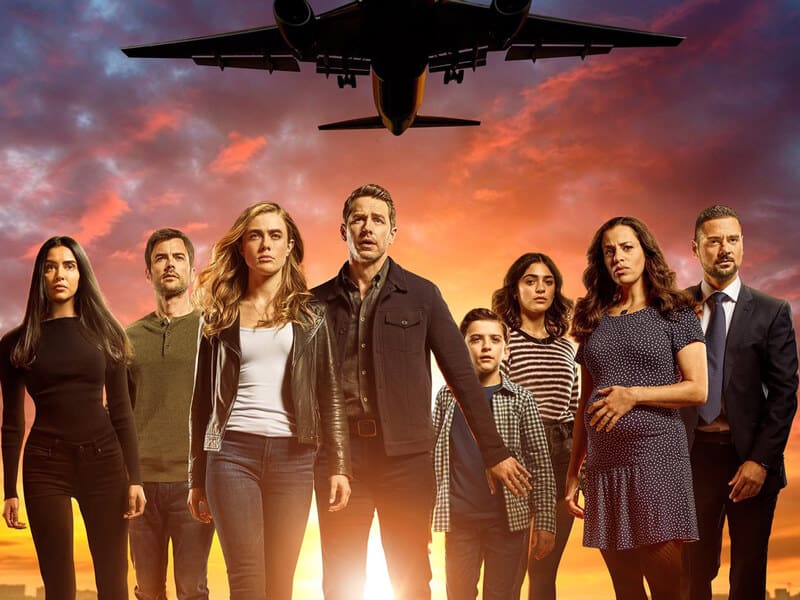 After a quick look at the show, you can learn where and how to watch Manifest online.

What Has Happened in Manifest?

Manifest Season 1 saw the passengers on the flight come back to the land of the living after 5-years, and many having strange voices in their head.

Josh Dallas plays the fatherly character and head of the Stone Family. The first season saw the passengers accustom themselves to regular life as best they could, yet it wasn’t as straightforward with murders connected to the flight and illness in the close-knit family.

Other actors making up the roster are Melissa Roxburgh as Michaela Stone, Athena Karkanis playing Grace Stone. Most of the main characters being in all 29 episodes so far.

It was after the Manifest season 2 release date of Jan 6, 2020; fans were seeing how the show as expanding into something mysterious.

It was in the second episode viewers first came to hear of the death date from the research by Saavni. From there, there were startling discoveries about Grace’s pregnancy. Suspension quickly builds as the key to it all may be in prison.

Things move on as the mystery deepens rather than becoming clear. Ben Stone helps absolve a passenger from something as Saavni seeks protection from the Major. Ben is still helping to relieve a passenger of his guilt while Jared and Drea are busy trying to extract a confession.

Before fans knew it, it was the end of Manifest season 2 in April, where Michaela and Ben were in the middle of a daring rescue while fans saw Zeke’s life slipping away from him.

Where to Watch Manifest

While Manifest is an NBC show, you can only watch a few episodes online. To unblock the remainder, you need a cable subscription.

Unfortunately, there is no Manifest on Netflix in any country. Luckily, there is one option, and that is Hulu, which has every Manifest episode.

It does require a VPN to bypass geo-restrictions, and we have the perfect solutions.

Once you sign up for Hulu, you can watch NBS via Hulu or use your login details and use the NBC app.

Learn how to watch Hulu in Australia

For viewing full episodes of Manifest, the base plan with ads is more than sufficient. You also get access to countless movies, TV shows, and Hulu Originals.

After you register with your VPN, the only thing you need to do is change the VPN server to one inside the United States and go to the Hulu website to register. Registration is possible, though payment may be an obstacle for some new subscribers.

You can use StatesPay, cards from GiftCardCabin to make your first registration payment. Then it is possible to use iTunes or Hulu Gift Cards to fund your Hulu service. 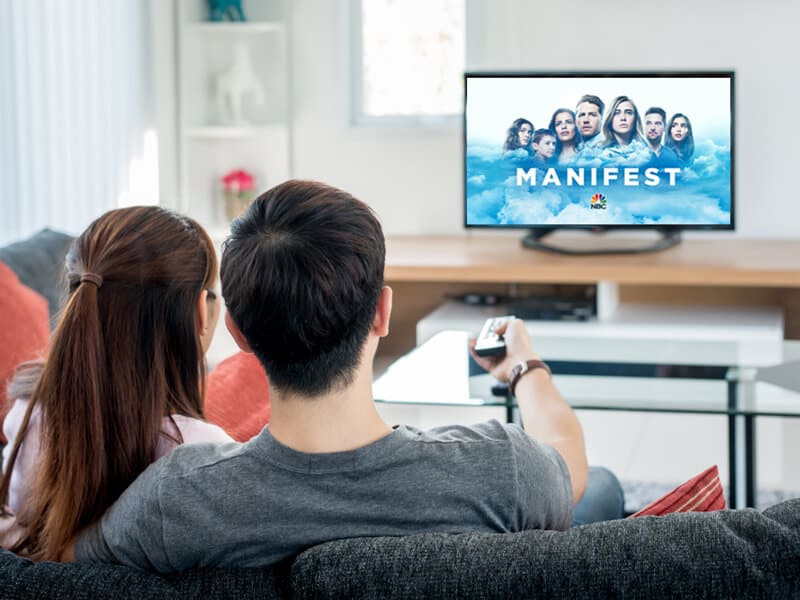 Best VPN for Manifest in Australia

Not all VPN services are suitable for Australia use, so here are three of the very best. Our quick list is in order with number one being the ultimate streaming VPN.

ExpressVPN is the premier streaming VPN; with more than 3000 servers in more than 94 countries, it has extensive coverage and is convenient to access to any Netflix, NBC, iPlayer and Hulu service or any other streaming platform in the world.

Any stream you experience in Australia will be buffer-free.

ExpressVPN features the best online security that is of the highest level. With rugged DNS and WebRTC leak protection, a stringent zero-log policy, military-grade 256-bit AES encryption, zero-knowledge DNS, and a kill switch.

It is based in the British Virgin Islands, which are outside any of the 5/9/14 Eyes Alliance. They offer unlimited bandwidth, including easy server switching, and the ability to change countries or cities if necessary.

The customer support is readily available 24 hours a day, seven days a week, with live chat capabilities in case of any issues.

You can utilize five simultaneous connections on Windows, Mac, iOS, Android, and numerous other devices. Routers allow you unlimited connections.

IPVanish VPN has become popular because of its high speed and simplified use. The company has 1,300 servers in 75 countries.

The VPN unblocks many popular streaming platforms, such as Netflix, iPlayer, and best of all, Hulu and NBC.

Customers have 10 simultaneous connections on Windows, Mac, Android, and iOS. The download speed of IPVanish VPN is fast enough for most online activities so that you can stream Manifest without restrictions.

The VPN comes with a good zero-logs policy, so user data should be safe from anyone, even if they are within the U.S. They also provide great customer service in case there is a problem. All features can be tested with the 7-day money-back guarantee.

Surfshark has a little over 1,000 servers in 60 countries but delivers fast speeds for all kinds of online activities. It does an excellent job of avoiding many geographic restrictions to access NBC, Netflix, Amazon Prime, and especially Hulu.

It provides excellent protection and encryption using military-grade protocols. Plus, it comes with malware, trackers, and ad blockers. You can also use the multi-hop or Whitelister feature, and all the while, knowing you’re safe with the default kill switch.

Users have unlimited connections on the most common devices such as iOS or Android, enjoy applications for macOS, Windows, Linux, and Fire TV Stick.

It is BVI based and offers 24/7 support in case of problems. With a 30-day money-back guarantee, users can try out the features before committing to a lengthy lock-in period to obtain the best price.

All these are ideal, yet the number one delivers the ultimate experience. You can sign up for ExpressVPN and find out how excellent the service is by using their 30-day money-back guarantee.

If it isn’t suitable for your needs, no questions asked you could cancel. However, in this time, you can watch Manifest online free. 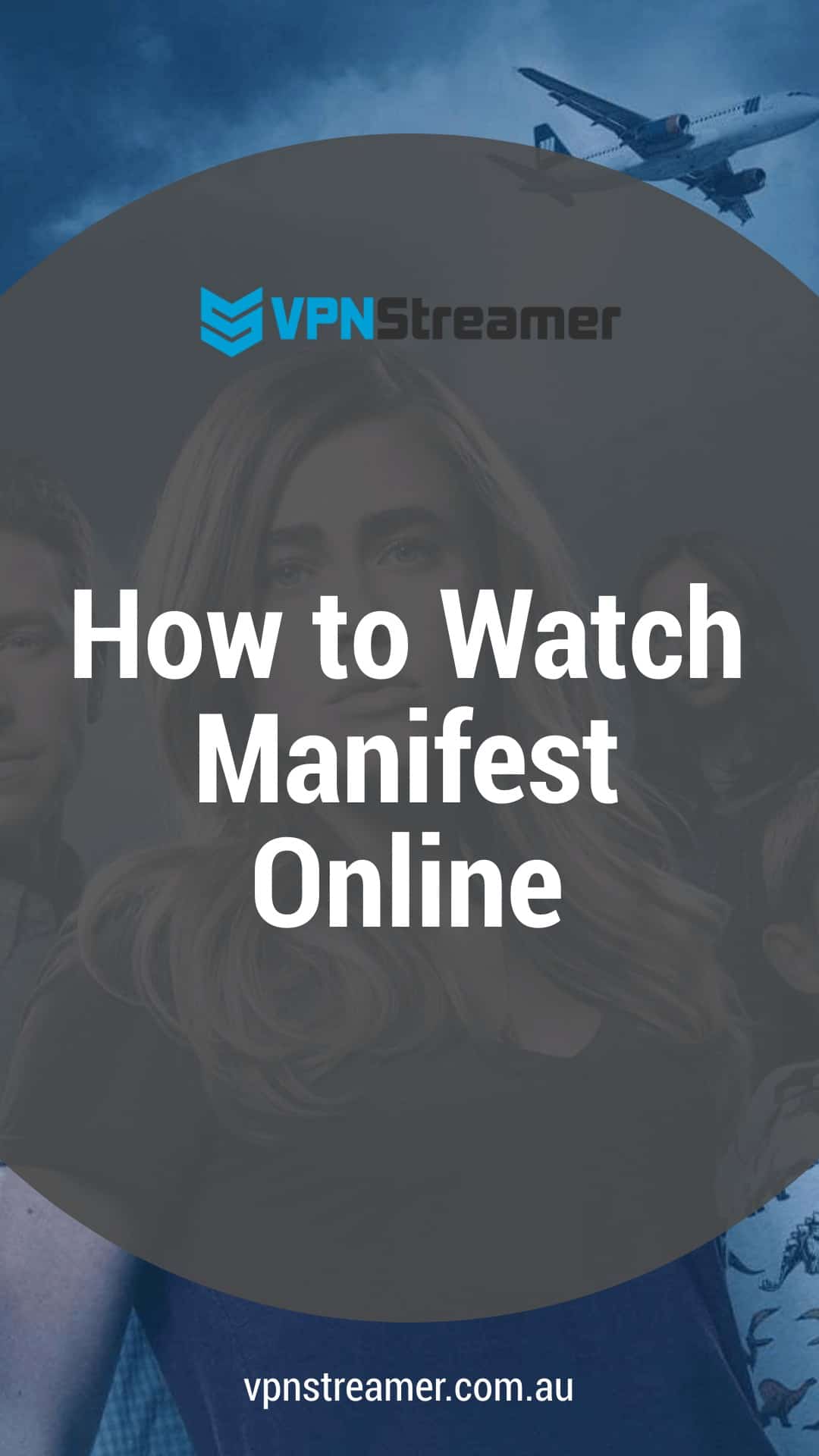