Breaking Bad delivers five seasons of the best television anyone could wish to watch. The western crime drama was skilfully written for AMC by Vince Gilligan.

Although it finished in 2013, the show has millions of fans from all corners of the globe.

To re-stir interest, there is a new movie soon to be released. El Camino tells the further tales of Pinkman who goes on the run. 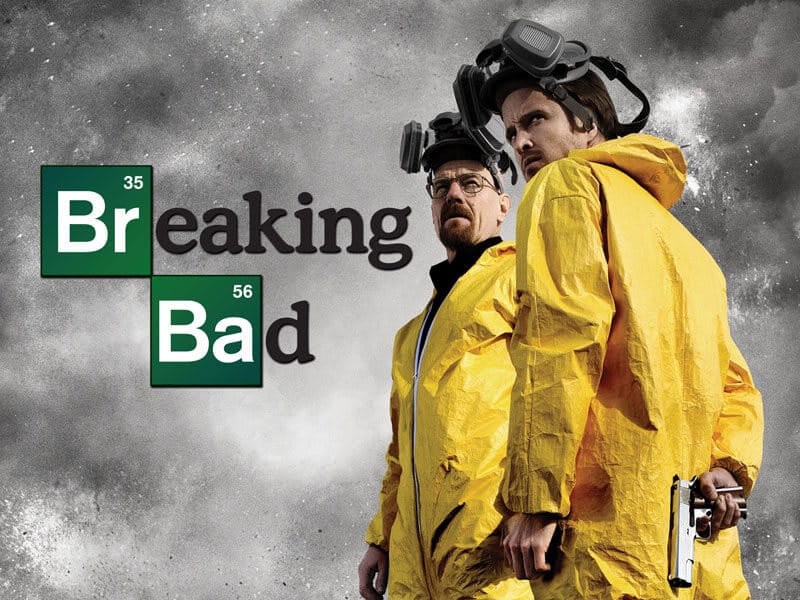 Fans are keen for a quick recap before the movie hits, and there are limited places you can go online to watch full episodes.

This guide looks at the show, and what made it so special before looking how you can easily watch any BB episode you wish by using the best streaming VPN for Australia or any other country.

What is Breaking Bad?

Walter White is a mild-mannered chemistry teacher who goes about daily life until he finds he has terminal cancer.

He quickly saw a way to pay for his medical bills and to secure a future for his family on a routine outing with Hank.

It was where he spotted Pinkman climbing from the window, and Walter recognised him as being an ex-student.

Once he found Jesse, it was just a matter of time before White took on the guise as Heisenberg, the producer of the best crystal meth in the country.

Bryan Cranston won an award for his portrayal of White and even received a letter from Anthony Hopkins who stated it was the best acting, he had ever seen.

Jesse Pinkman played by Aaron Paul won awards for best supporting actor, and the show itself won a Golden Globe on two occasions.

The acting from every cast member was near perfect, and the way the show expanded and delivered a thrilling climax was pure joy to watch.

The TV show was even the original inspiration for another top-rated AMC show “Better Call Saul” where Jimmy McGill was the lawyer for White and Pinkman.

Other characters that were in both shows were Mike Ehrmantraut and Gus Fring as the quite drug mastermind.

With 62 episodes, there is plenty for fans to watch in this TV series before the new film shows itself, so now we will see how you can stream Breaking Bad to your heart’s content. 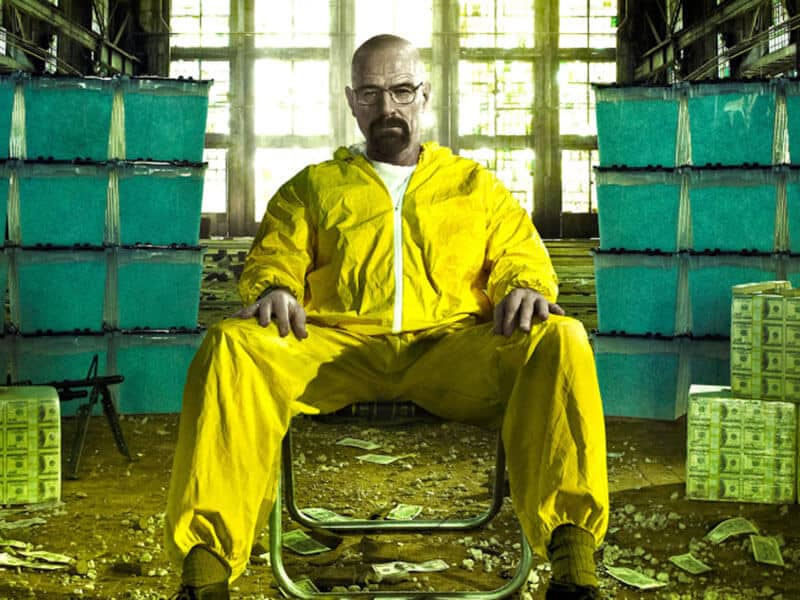 Watching Breaking Bad with a VPN

To watch Breaking Bad online does need a VPN, the reason being, the show is accessible only to US viewers.

In this example, the only country of interest is the United States. This VPN has multiple US servers.

While this in many cases isn’t important, in the case of some streaming services, the ability to change servers means you can gain access to all content, or you face further restrictions.

By masking your connection and giving you a new IP address, geo-restrictions can be bypassed.

However, on some occasions, even the top VPN providers fail to do this reliably. Coverage for Australia can also be an issue as not all VPN services have a large network of servers.

This is crucial for VPN users in Australia, as they need to get the best download speeds possible when streaming HD content.

This can eat up bandwidth and will cause buffering if the VPN service has network slowdowns.

Military-grade encryption should be a standard inclusion, while this keeps your identity private, it can also prevent your ISP from seeing what you are doing online.

This is good for two reasons, and the first being data retention. Currently, at two-years, that can amount to a massive amount of personal data that is collected.

This can also be shared between other countries in the 5-eyes coalition. The second reason this encryption is good is your ISP won’t see you are streaming.

Because they are renowned for throttling connections of streamers, you can face a slowdown of your home connection if you don’t use a VPN.

Where to Watch Breaking Bad Online

You may think that accessing Breaking Bad, watch online is as easy as heading to the network it was written for.

Unfortunately, like many shows that are written for a specific network, they don’t remain there forever.

The show was written for AMC, and you can spend a while thinking you can gain access through AMC.

On the website, there is the official page, and it does say explore episodes. However, once you start looking, you will see there isn’t a single episode available.

A message comes up “Full Episode is currently not available to stream, Watch Extras below.”

You can scroll down to the bottom of the page, and all you see is the AMC schedule, blogs, newsletter, shop, faq, site map links and not much else.

A second problem with the AMC website of the AMC Premier app is you require a TV provider to sign in with.

If you look how to watch AMC in Australia, you will find you need to sign up to a separate streaming service that includes AMC. The current most popular being Sling TV, FuboTV, YouTube TV.

All these offer different plans, features and device support, so if you do need AMC, then any of these can be a viable option to access lots of different film and TV shows from major networks.

The good thing with this is our recommendation of VPN enables access to all these streaming services. 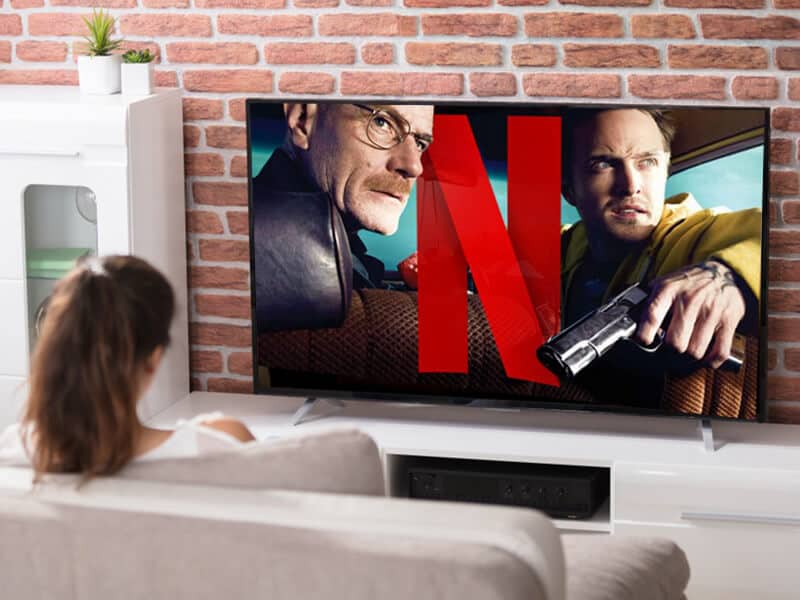 Currently, if you want to watch Breaking Bad, Netflix is the only place you can find full episodes. The library has all five seasons and every single episode available.

However, US Netflix is known as having the strictest procedures in place for viewers outside the country from watching the US based content.

While many major VPN’s find themselves blocked from accessing Netflix, some actually decide to no longer carry on trying to do this.

For users, this can rule out a few VPN providers because they fail on one of the major uses of a VPN.

ExpressVPN passes Netflix VPN blocking with ease, as well as every other streaming service. (Get 49% off ExpressVPN + 3 months FREE!)

One thing Netflix does in favour of users is to allow an account to be made in their home country. This is global and can be used in any country, yet the content defaults to that region.

This means you can create a Netflix account in Australia, and as soon as you connect your VPN to the USA, you have access to the American Netflix library.

Here are the simple instructions for creating a Netflix account if you don’t have one already.

Netflix offer various plans depending on the number of streams and the quality of the TV shows or movies you want to watch.

There are apps for the most common devices, so you will be able to watch on the go as long as you have a decent connection.

The best VPN does offer the widest range of device support of any VPN, so you won’t find you can’t use one of your gadgets.

Using a VPN for Breaking Bad

Signing up for ExpressVPN is painless and can be done in less than 30 minutes. As soon as you sign up, you will start your 30-day money-back guarantee. There are no questions asked if you decide to cancel, so you can use it as if it was a free trial.

Once you install the client, watching US Netflix in Australia is straightforward. All you need to do is select one of the US servers and then start your Netflix app or head to the website.

If there are any access problems, this VPN has industry-leading 24/7 live chat, and they can tell you immediately which server you can access.

Once you start using the best VPN app, there is, you can watch the show in all its glory with plenty of time before the new movies air.

Not only this, once you use your free periods from both services, you can watch one of the best shows ever written free.