Just because one company happens to be one of the world’s leaders in a particular market, this doesn’t mean they will follow with the same success when they enter another.

Over the past few years, this is what Avast, one of the most well-known names for Antivirus software, is trying to do.

With the company’s Avast secure line VPN, they have tried to enter a market that is already saturated. Many of which offer lots of features and low prices. 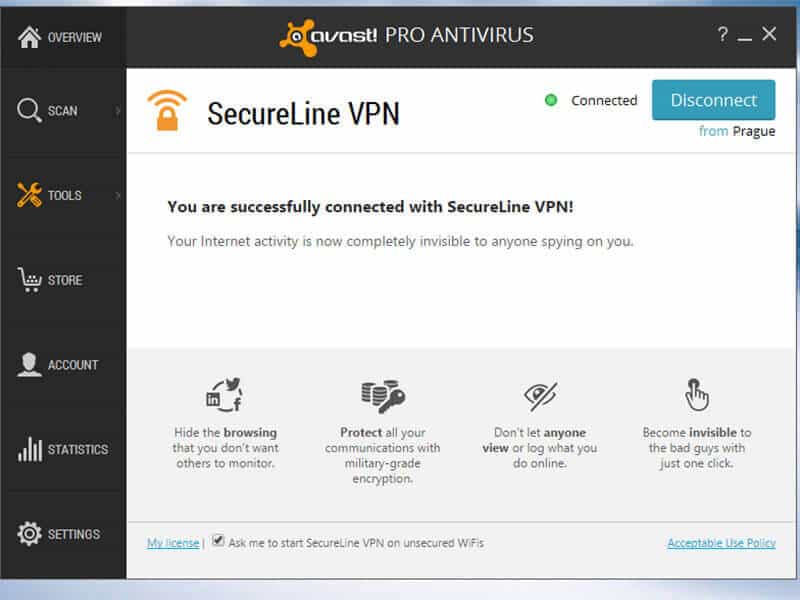 SAVE 20% with this Special Deal

By the end of this review, we will see if this addition can hold its own against the competition, or its no-frills approach leaves it out in the cold.

What is Avast SecureLine?

Avast software is located in the Czech Republic. Secureline was released back in 2014 as an additional security product to accompany the anti-virus software they are well known for.

When you look at the service on paper, they are different from many other VPN’s out there.

The virtual private network from Secureline covers 34 countries. Covering these locations are 55 servers, and with simple maths, you can see not all countries can get more than one server.

You only have 6 countries which come with 2 or more VPN server locations. These being the USA, UK, Spain, Russia, Canada, and Germany.

Anyone who knows anything about VPN’s will see instantly that this could mean slow performance.

In some instances, they do have speedy connections, but you do need to be around areas where they see the most activity. 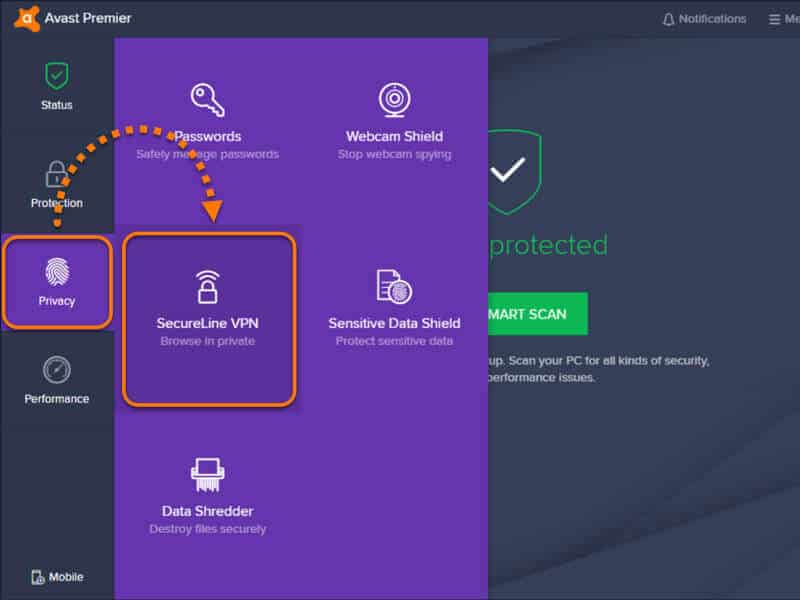 For advanced features, there are not many. It does come with above-average device support, which comprises PC, Mac, iPad/ iPhone, Android, and Android TV.

On these, you have AES-256 bit encryption, and protocols in use are OpenVPN and IPSec.

It should be noted that IPSec is used on Apple devices rather than OpenVPN that only runs on Windows and Android.

However, both of these are considered secure, so, in that department, Secureline doesn’t let users down.

While talking about security, the company is based outside any 5-eyes jurisdiction, but the country does work along with them as a partner of the alliance. While they don’t fall under this jurisdiction, it can be a cause for some concern.

While they claim a zero-logging policy, some logs are retained. They state this is for diagnostic purposes and to prevent abuse.

The company does claim these are erased after 30-days.

In testing, we couldn’t find a single DNS leak or WebRTC leaks of any kind. A kill switch supported this, which was a welcome inclusion to enhance customer security further.

Another area where users can find use is in the P2P department, and file sharing and torrenting are supported on some of the VPN servers.

Locations these can be found in are Paris, London, Seattle, New York, Miami, Amsterdam, Prague, and Frankfurt.

Unfortunately, for advanced benefits, this is as far as it goes because Secureline fails against accessing US Netflix. This is the key to a great VPN, and it falls well short. Adding to this, in testing, there were also concerns about long-term access to the BBC iPlayer. With only 3 cities available in the UK, it is easy to see why

This can be another area that tells users a lot about the company. Avast SecureLine doesn’t have a live chat, which is considered a must-have for a VPN company.

They do have 24/7 phone support as well as a ticketing system in place.

While faster than many VPN provider’s customer support, answers in 24-hours can still be too long compared to chatting with a real person on live chat.

One thing that does differ is you can do this via the client software compared to need the website.

The website carries forward with good support with lots of detailed information, and a decent-sized user forum.

It is here where Avast greatly differs from the ways other companies offer their VPN services.

Most other companies will offer several devices that can be used on a subscription. Secureline doesn’t even offer a monthly rate.

It can be hard to understand the way they have configured it, and why they have done it in this matter.

For PC or Mac, it will cost:

The $59.99 per year is not the overall plan where you can access multiple devices; this is for a single device.

It is only when you pay more for the multi-device plan do you get the inclusion of a 5-device limit.

When you look at the above tables, you may think something is missing. You would be correct.

Mobile devices come with their rates. Both Android and iOS devices have an Avast VPN cost of $19.99 per year, per device.

Avast SecureLine VPN does come with a 7-day free trial, which is one good thing for users to test the service before fully committing. They also come with a 30-day money-back guarantee.

We were hoping they would get rid of the limitations against this, but they are still in their refund policy.

To download or upload 10 GB of data doesn’t take long for some users. This can lead to not being able to obtain a refund, so it does mean users need to be aware of this.

With such a small network, you could expect the download speeds to be awful. They were quite the opposite.

While not the best, around Europe and the USA, where most of their servers are based, they were above average and did deliver some results better than other providers did.

The problems creep in when you go away from these regions. The speeds do drop to average.

This being said, if all you want it top levels of security on one device, then this could suffice. It is only if you are a heavy user; you notice the speed reduction.

When you have the clients installed, they run in the background without causing too much intrusion.

On mobile devices, this comes in handy if you are in the vicinity of public Wi-Fi. Because you can set the client to start along with your device, it can sit there out of the way.

If you are returning home and your device connects to your home network, the VPN can automatically start.

Likewise, if it spots an unknown Wi-Fi network, it can start and protect you without you needing to do anything.

Once you are connected to Secureline, your privacy is intact, and you don’t worry about needing to remember to activate the client software.

All the apps are easy to use and follow the same simple design principles. If you need to change the server, you can select countries from the drop-down list.

For countries, which have more than one server, you have the option of selecting any of the available. 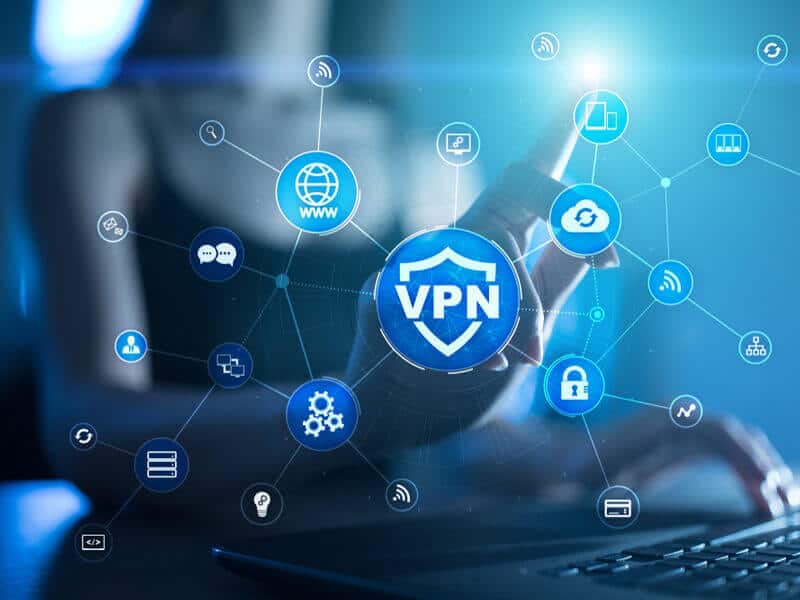 SAVE 20% with this Special Deal

The service does lack features compared to many other services, and this may lead you to ask is Avast VPN any good?

You can answer yes and no to this very easy. No, it isn’t very good because it doesn’t offer many features for the money.

While it doesn’t cost much more than other services, it is the restriction to one device that cripples it. When you look at security, it is as good as any, and your IP address is hidden well away from prying eyes.

The VPN does a lot of things right, and it does quite well. It just doesn’t offer enough value for money.

If it was a new company, you could understand they were still growing, but Avast has been around long enough to be much larger than they are.

Are they recommended? Unfortunately, you are better looking elsewhere to carry more feature-packed online activities in private.