Unlocator has been in operation since 2013 and was released by Linkwork ApS in Copenhagen. Since then, it was offering a SmartDNS service.

With this, you were able to bypass restrictions and worldwide limitations for content you wanted to access.

Along with this DNS service, there is now Unlocator VPN from the company. By many, this is still an unblocking tool rather than a full VPN service. 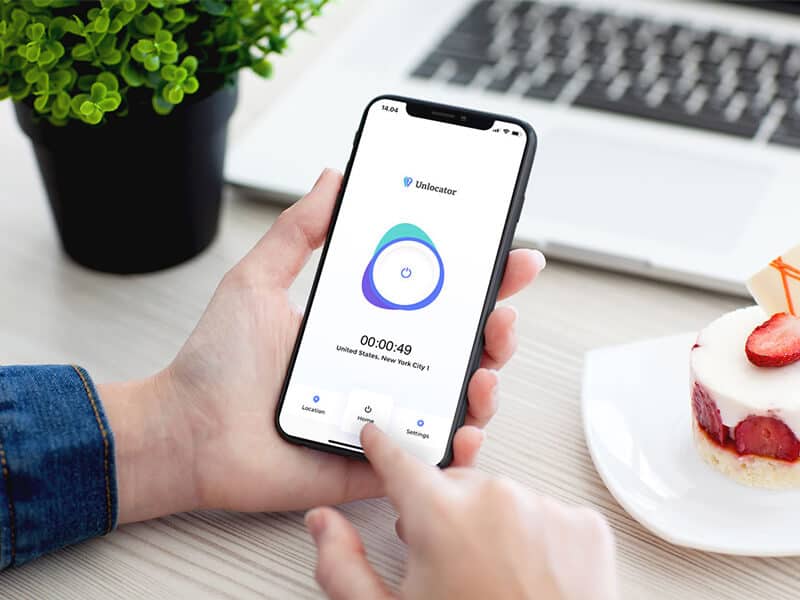 Because of this, our Unlocator VPN review dives deep to see if they offer more than people make out, or it is still a means of accessing streaming services under a different guise.

By the end, you will see if it can maintain your privacy, and this hybrid Unlocator VPN, Smart DNS service does offer something worth another look.

If you sign up for the VPN portion of the service, you do get SmartDNS free as part of the deal. This makes the high price a bit easier to swallow.

You do have a chance to sign up for a free trial without you handing any payment details over. This will enable you to test the service before exposing yourself.

When it comes to paying, you can use either credit card, Apple Pay, or G Pay, payment methods.

If you compare the Unlocator network, it is tiny in comparison. They have access to 40+ Unlocator servers across 37 countries.

In reality, this equates to only one server in each country. The website does quote them having 50 virtual server locations, but where they are is hard to distinguish.

Not all of the available protocols work for all devices. Unlocator supports OpenVPN and IKEv2 on Windows.

OpenVPN on OS X, IKEv2 and IKEv1/IPsec get support on iOS devices, and Open VPN on Android and Amazon Fire enabled devices.

The company claims it employs 256-bit “bank-grade” encryption, pointing to AES-256 encryption. This is one of the most secure encryption solutions in use today and in use by members of the military.

Unlocator does have a DNS service because the majority of their functions are based around this. For the majority, they are a DNS proxy that offers more than regular DNS servers provide.

If you ever ask, what is Unlocator good at it is device support. It supports a wide range of platforms from desktop operating systems such as Windows, macOS, and Ubuntu (Linux).

Gaming consoles such as PlayStation’s, Xbox One, and 360. Media players like Apple TV, Chromecast, Roku, Nvidia Shield and Fire TV/ FireStick all have support.

Smart TV’s come with support for Toshiba, Samsung, Sony, LG, Panasonic, and others.

If there is a way to change the DNS settings on your device, then that particular device can run Unlocator. You can even set up the VPN Smart DNS on routers.

One downside is that although there are setup guides to change DNS settings on the majority of supported devices, it isn’t the same as client apps.

The number of supported devices for connections varies. Unlocator offers unlimited device connections on the Smart DNS Proxy, yet if you are using the Unlocator Smart DNS VPN, you are then allowed 5 simultaneous connections.

Both the Unlocator Smart DNS and the VPN don’t have any form of ad-blocking built into them. 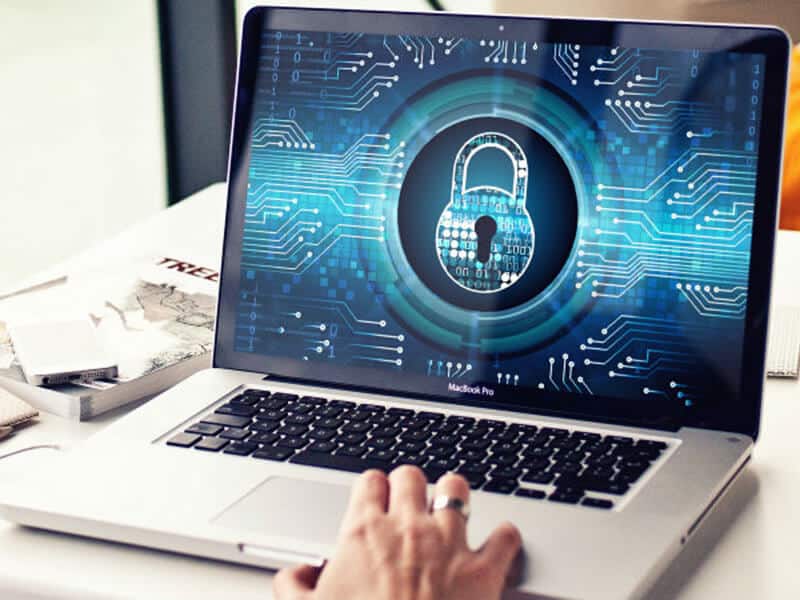 Unlocator has to comply with GDPR legislation, which does make them follow strict rules on what they can and can’t do with user information.

Nevertheless, they do sit inside a nine eyes country, so their home country does take part in mass surveillance and sharing of intelligence.

This can raise a couple of questions, and the first being:

The use of a VPN in Denmark is still legal, so there is nothing to prevent you from using the service. Even in other western countries, you can find none bans VPN providers, or the use of VPN services.

Unlocator DNS won’t perform any encryption when in use. All this is any good for is spoofing your location.

Online privacy, when using the VPN, is taken care of because they use the same secure protocols as any other service provider.

One of the problems with DNS services is there is a DNS leak. While this isn’t the fault of the provider, it is that DNS services are only to make you appear in another location.

The DNS side of the DNS and VPN hybrid service doesn’t have any DNS leaks, so you do have full protection.

The logging policy of any company needs reading and needs understanding. Unlocator retains usage logs for 24-hours before the company purges them from their systems.

While they retain all this information, if it is external threats you are worried about, then the Smart VPN is safe to use.

The Unlocator Smart DNS side, not so much. Your online privacy is possibly more at risk from the company itself and how exposed you can be to your ISP or other agencies.

In the dashboard, there are hosts of things you can set for the service. You will see billing, affiliate, and user profile. Under Smart DNS, you have regions, advanced, Smart VPN, and Netflix info.

In the client apps, the interface is basic and contains a large power button like the one many other providers do. Under this, there is the ‘connect to’ where you have the server location.

If you want to select a different server, you have two lists, one for all servers, and one where you saved a server as a favourite.

In the configuration menu, there are minimum options such as login, automatic connection, update search, kill switch, and Unlocator shield. There are also options to set the protocol from TCP to UDP.

The Unlocator Shield won’t allow any internet connection unless you enable the VPN Smart DNS.

When testing, you can see this service is intended for casual and average use. The same can be seen in other Unlocator VPN reviews. The most significant appeal of this service is the unblocking capabilities and some online privacy.

There are no browser extensions available. Most of the functions in the Unlocator occur at the system level.

Unlocator makes use of its DNS servers, thus allowing users to stream content outside their home country. The company tries its best to keep the speeds as fast as possible, but in our tests, the performance of the speed tests was not very good.

Also, the virtual servers they claim to use can affect the Unlocator speed. Therefore, they may use these instead of bare metal servers. One connection to the United States saw a significant drop that could make it unusable, or at least, there would be buffering.

With so few countries supported, and a low number of servers, it’s a small network, and it’s easy to see why speeds are below average.

Here are a few examples from the speed test we carried out using the VPN.

One area where Unlocator redeems itself is in its customer support. While it looks like they offer live chat. This is a widget, which comes with questions that already have answers.

Aside from this, there are tons of support articles. FAQ’s are many, although most of these tend to relate to setting up the DNS services.

With a great troubleshooting guide, they do cover all the basics for everything they offer. Staff replies quickly to email, and issues can be resolved on the same day. 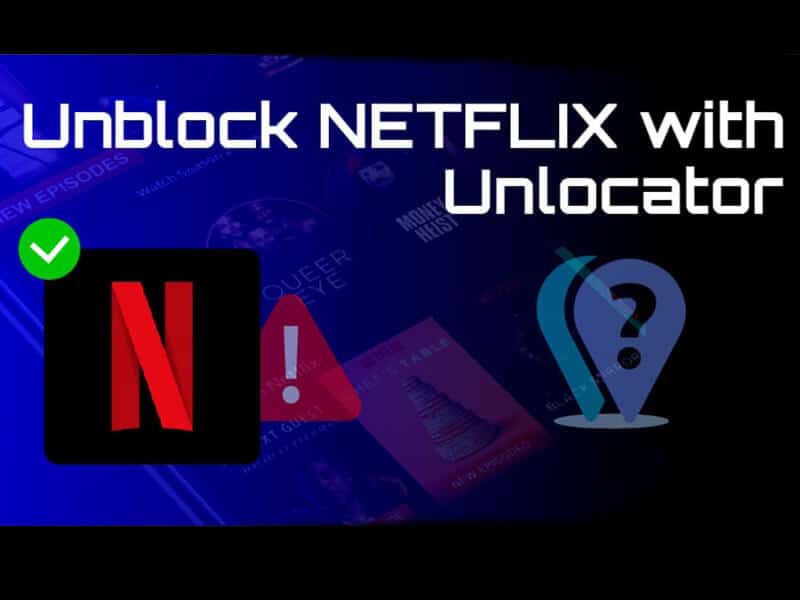 The best VPN’s often touting how good they are at unblocking streaming services. Unlocator supports the ability to bypass restrictions 200+ streaming channels.

It would be nice to see in the client app, some way to distinguish which servers can access what. However, this isn’t possible, and in many cases, you need to select the one server they have.

On the website, you can see all the online services they unblock. To do this, you can select a country of origin, the type of service, which devices have support, and if you require a subscription.

The funny thing is, there is no sign of Netflix on this part of the website, yet in testing, it was possible to gain access. Adding to this, there is the Netflix option on the web dashboard. However they can access US Netflix with ease.

The speeds were sufficient, but with limited servers, this could change at times of high demand.

Other services that we could access were Amazon prime Video and BBC iPlayer. There were no issues

If you use the DNS VPN, you may find you can download torrents. However, there is nothing from the company to say whether they allow it or not.

Taking the side of caution, it may be better to save this practice for a VPN company that doesn’t retain any logs and makes sure to keep your IP address private.

Unfortunately, with such a small server network, and lack of features that can help it work in China. It is better to say it doesn’t work behind the Great Firewall of China.

Is This VPN Service for You? (Conclusion)

For the same kind of subscription, you can receive the best encryption, offshore locations, and the best streaming VPN. You have two halves of a service, and even together, they don’t produce a market leader.

If you are just after IP spoofing to access restricted content, then the DNS plan may be a good option. If you need security, and you do streaming and torrenting, it is hard to recommend Unlocator.