Netflix is the most popular streaming platform in the world. It has one of the largest libraries if not the largest. It’s become so popular that has replaced some “verbs” with the phrase Netflix and chill.
But unfortunately, the Australian Netflix library is not even comparable to the American library. (Learn how to watch American Netflix)

Most of the shows are either simply not available here or when they do become available to us, it’s been months and the ending has been more or less spoiled by someone posting memes on Facebook.

So, what can we do to avoid that? What other alternatives do we have, you ask? Well, there are quite a few, and they all provide superb service so as to say in competition with Netflix. For once it is us the consumers that are benefiting from such intense rivalry. Nice change of pace.

The list is in no particular order so pay no attention to that.

Now I don’t want to be the bearer of the bad news, but several of the above-mentioned services are not available here in Australia. But worry not for I will show you how to get Hulu in Australia, HBO in Australia, and American Netflix. 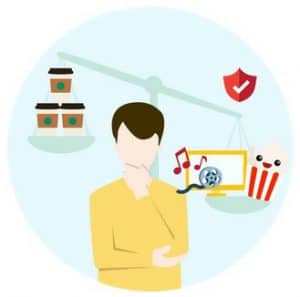 There are two ways we can go about doing this, one is through DNS service providers, and other through VPN’s. Both have their advantages and disadvantages, but I will try to explain them both briefly.

A DNS service provides a very simple service, they change your computer’s IP so the target website thinks you are from the US, allowing you to access their services.

They usually don’t require any kind of software installation, just some tweaking in your device’s settings and a monthly fee, and on you go.

VPN’s, on the other hand, provide a more well-rounded package. They not only change your IP so you can access restricted content but also provide security and privacy for your systems, making it significantly harder for any third parties to see what you’re doing.

They do cost slightly more than a simple DNS service but are much more useful in the long term.

There are two VPN’s that are extremely popular these days, and for good reason. 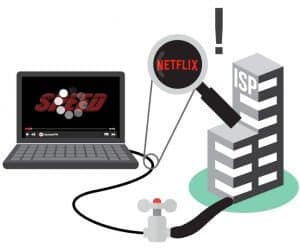 First is ExpressVPN, claiming to be one of the fastest VPNs around and living up to the claims as well, it’s best suited for streaming services as it provides extremely fast speeds and unlimited bandwidth. (Read our ExpressVPN review)

It has more than 145 locations in about 94 countries at the moment, and the network only keeps growing more and more each day.

Another good choice is IPVanish. Now IPvanish here claims to be the fastest VPN in the market. You can judge that yourself, but it is pretty damn fast as compared to the industry standards. (Read our IPVanish review)

It also has a massive network and is extremely simple to use. IPVanish focuses on providing top quality services, so it does cost a little bit more than others, but in my opinion, it’s worth every penny.