Previously known as Amazon Video on Demand, this service is an on-demand web streaming service that lets you watch TV shows and movies from its library of more than 140,000.

However, this is only applicable to US audiences, since the service is not accessible from anywhere other than this country.

Watching Amazon Prime in Australia is possible, though since it is a global service – but the most extensive and enjoyable library is still that of the US, so it is worthwhile to learn how to watch Amazon Instant Video Australia.

Why can’t you watch it in Australia?

Amazon’s inability to broadcast its US library to other parts of the world stems from licensing agreements – the company has only been given the license to broadcast the shows in the US, and thus it cannot provide the same to viewers in, for instance, Australia.

This is a legal restriction on Amazon, which is enforced by imposing a geo-block on its customers from around the world, which effectively ensures that they can only access the US library if their device is detected as being in the United States. Get Amazon Instant Video Here

Even if you own an Amazon Fire TV device in Australia, you will still only be able to watch the Australian library of Amazon Prime and nothing more.

How to unblock it in Australia?

Amazon implements its geo-block by inspecting the IP address of whichever device you’re using to access its streaming service – in the case of Amazon Prime, if you’re accessing it from Australia, you’ll be taken to the Australian library. If you’re attempting to access Amazon Instant Video, you’ll get a message that it isn’t available in your country.

Simply put, in order to get past the geo-block, you need to make it look like you’re accessing the service with a US based IP address. A smart DNS proxy or a VPN provider can help you to do so, but in different ways:

A VPN works by linking your device directly to one of its servers in a different country (case in point, the United 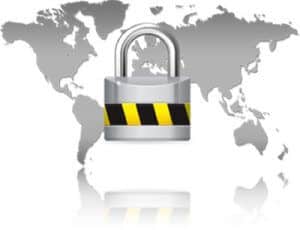 States) so that all of your traffic goes through this link, and the on to wherever it is intended.  (Learn how to use a VPN with our in-depth guide)

In other words, Amazon will detect the server’s US IP address while the traffic will be to/from your device in reality! This will enable you to sneak past the geo-block and enjoy all the restricted US content.

Using a VPN app also means that all your traffic will be encrypted, so there’s no chance of third party interception of your data.

A couple of quality VPN services for Australians to stream geo-restricted content are ExpressVPN (Read our Review) and NordVPN – while they’re not the cheapest, they are incredibly reliable, and come with support for multiple parallel connections so you can use them as ‘family’ solutions.

If you’re not in need of the encryption and want to save some cash, or you’re on a device that doesn’t support VPNs, you could also use a Smart DNS proxy service.

These are cheaper because they don’t use encryption or route your entire traffic through a tunnel – rather, they rely on using customized DNS values, so your network requests are resolved to a US location. (Looking for real value? You can’t get cheaper than free – take a look at our free fast VPN picks)

The end result is the same: Amazon identifies your traffic as having originated from within the US, thereby granting you access.

Unlocator is a cheap, dependable Smart DNS product that comes with thorough support pages and setup guides to help you get it running on any streaming device.