There’s a long-standing philosophy in the world of technology that Macs don’t get malware, and don’t need Apple virus protection. At the same time, they are indeed less likely to get viruses and malware than Windows PCs.

It’s not true that they are immune, and it’s becoming increasingly common for them to get infected with viruses or malware.

Macs come with a handful of built-in security features in the operating system, which are an excellent first step in fighting malware.

The question is, are they enough and do I need an antivirus on my Mac?

Here you can find everything you need to know about Macs, antivirus, and the best ways to protect yourself while you’re online. 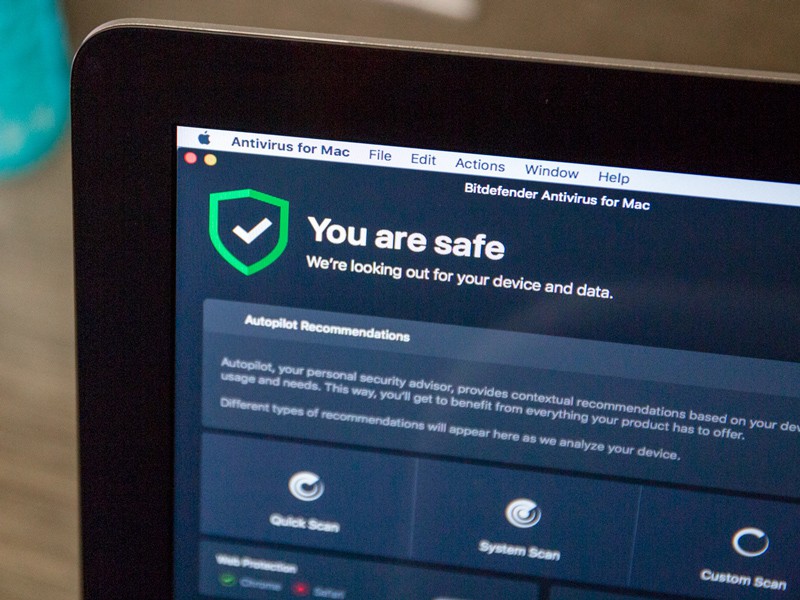 Does Mac Have Built In Antivirus?

Macs do come with security features that include the following:

Automatic security updates need to be enabled. Here are your basic steps to do this:

Do I Need Antivirus Software for My Mac?

As good as the built in elements are on your Mac, there are some chinks in the armour.

Much of the security comes from Apple using tags for quarantine against suspicious or malicious software. Not all software comes with these, such as a torrent client may be installed without them.

Besides this, the XProtect feature does not have such extensive signature rules as more powerful third-party antivirus tools offer.

Another thing to note is the Sandbox feature. While it does a good job, it can prevent any app from performing certain functions if they were downloaded via the Mac app store.

Antivirus software an excellent example as it will not be able to access anything to check for viruses.

What is the Best Antivirus for Mac?

Here in no particular order are some of the best Mac virus scanner solutions you can find.

Bitdefender Antivirus for Mac throws you some great malware-detection results in testing.

Besides, the system impact is negligible. Further features include ransomware rollbacks, which include the Mac Time Machine backups. You can use some Bitdefender extensions to beef up security in your browser, such as adware blocking.

You can also make use of 200MB VPN data free each day (more on this later).

A recent addition is the tracker blocking that protects your online privacy while surfing around different websites.

Bitdefender Antivirus for Mac’s has an easy to use interface and for easy access are the buttons for on-demand scans.

While you have this manual approach, the Autopilot and Bitdefender Shield feature help to keep the software running with little help from yourself.

One drawback is the upsell of the Bitdefender unlimited VPN service. This aside, it is an excellent Mac security program.

Kaspersky Internet Security for Mac delivers near-perfect malware-detection rates in testing along with webcam protection and tracking protection in its suite of arms.

The antivirus package offers parental controls that are better than any other Mac antivirus program. Here you can find content filters, time limit settings, and the ability to monitor personal data.

The Kaspersky Internet Security for Mac feature of turning off the webcam is a great feature as this is not built into the Apple operating system.

As good as the antivirus software is, there are some drawbacks like the password manager limited unless you pay for additional entries. Aside from this is the VPN service offering 300MB of data per day unless you again pay for unlimited data.

Besides this, you can almost forget using your Mac when running the Mac malware-detection engine for a scan as it takes its toll on system performance.

Norton 360 Deluxe has a bunch of useful extras, featuring an unlimited VPN service and unlimited password manager; both features for which rivals make you pay extra.

It also features a two-way firewall, as well as a built-in system optimizer and dark web control of your data.

The most important thing is Norton 360 Deluxe makes a small impact on your system’s performance. On the upside, there is always-available technical support and the almost perfect malware detection in both Mac and Windows software packages.

You can spread the cost over multiple devices with the five-device license. The interface is detailed, yet for some users, it may be hard to navigate around.

It does not have many drawbacks, and it offers much more of the lowest package and makes the extra $20 per year easily justifiable (after the first year).

McAfee Antivirus Plus delivers a handy 10-device license, which means you can protect almost every family device you have.

While it offers a decent set of functions, these only cover the basics, and you do find the Windows computers receiving a better package.

Mac users get a firewall, while Windows users will find they have ransom protection, along with anti-hijacking protection and a decent system optimizer. Besides this, once you run a manual scan, you will see a hit on your system performance.

Lastly, it has been a while since any malware detection scores are shown, so the effectiveness of current threats is unknown.

If you are looking for something free, then here are two of the most notable names you can find who offer software for free antivirus for Mac.

In contrast to most other Mac antivirus programs, it will scan emails and attachments for the attached malware. The Avast malware detection method is excellent, although it is not perfect.

Furthermore, the impact on your system’s performance is mixed, with little underlying drain but high impact during an active scan.

Avast Free Mac Security’s interface can be easily navigated, but prepare to be disappointed.

Several of the more appealing items, which include the rescue packages, are only available to paying customers.

The System Optimizer is merely a gimmick as it is possible to scan, yet it takes paying for the full software to view results.

You’ll also get a constant reminder to purchase other software from Avast, such as their VPN service and anti-tracking software.

It covers the basics as well as any other software, yet beyond this, it loses the appeal. There are no additional features offered by others, such as malicious website blocking and email scanning. You will find this in the paid-up version; however, the free version tells a different story.

Not anti-virus on Mac software is an excellent post-infection clean-up tool that also removes troublesome adware and undesirable programs that are often overlooked by other anti-virus software as they check Mac for viruses.

It can be a great addition to protect your Mac to prevent Mac malware before the event.

While Antivirus for Mac free doesn’t offer as much as premium packages, they are better than nothing on your system.

Do You Need Norton on a Mac?

Norton for Mac does offer many things included rather than them being additions. This can make it a great selling point to potential users who need antivirus, Apple alone, not doing enough.

However, when you need antivirus, you should not look at everything that is included, as it is not always the best.

The VPN side being a prime example. The Norton VPN Mac app is not comparable to market leaders, and you will be sorely disappointed if you were to rely on this.

To prevent potentially unwanted software reaching your macOS Mojave system, you are best opting for a premium VPN as you may earn yourself some added protection with little effort.

A top VPN service will offer you more in terms of security and privacy than these included VPN options.

You have unlimited bandwidth, 256-bit AES encryption, a kill switch, and the best geo-restriction busting capability that many of the above may not offer.

Selecting virus scanners for Mac can be much easier than choosing an ideal VPN service for use in Australia. 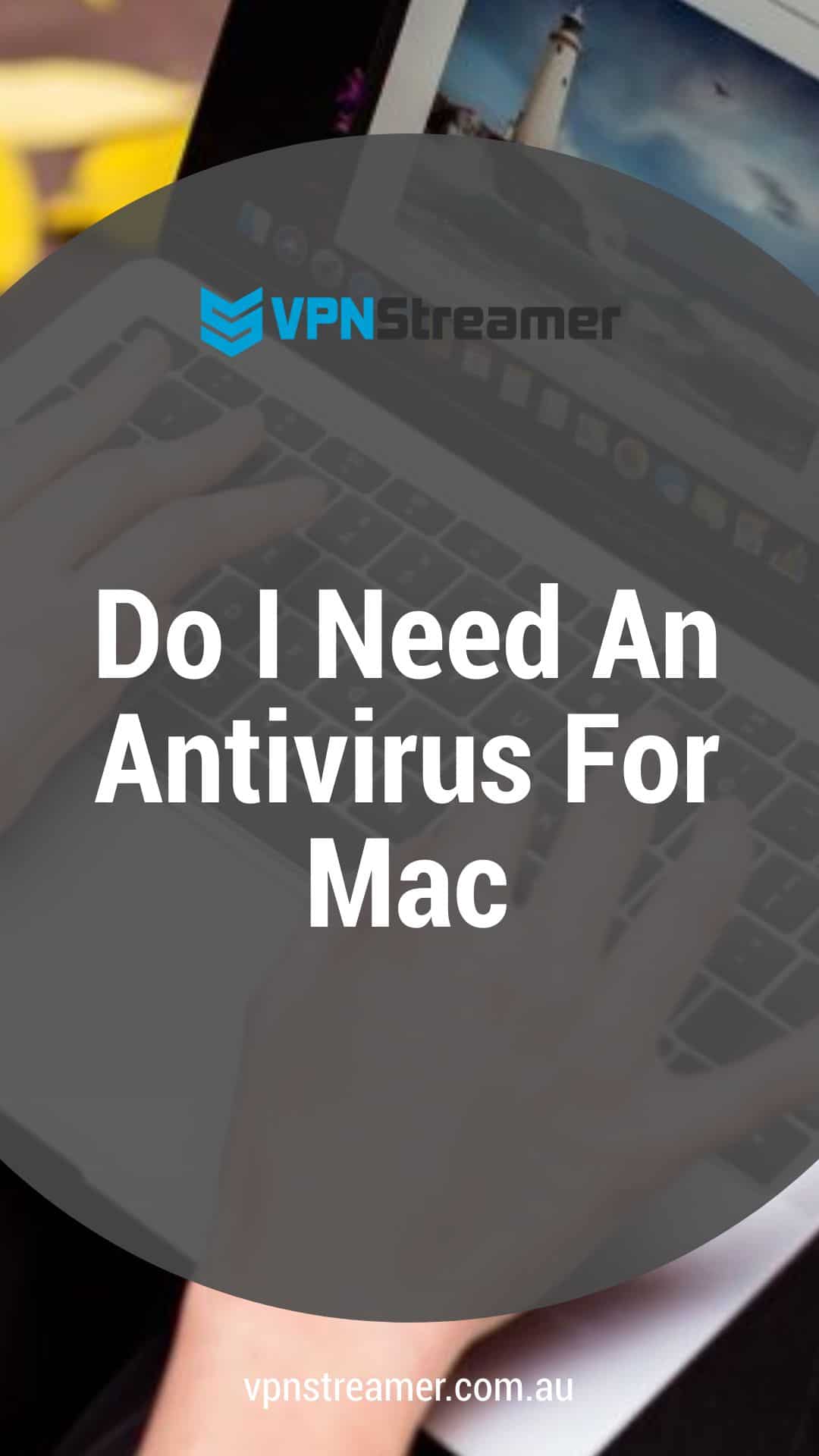