YouTube needs no introduction as the number one video streaming service on the planet.

While it serves up millions of videos to cover all tastes, the most significant issue is the ads that the owner’s Google place in the videos. Because there is so much content being viewed, it is a significant amount of revenue, yet for users, the more it goes on, the more irritating it becomes.

Luckily, many ad-blockers can now block and remove these ads. It doesn’t matter where it is, be it at the start, in the middle or toward the end of your video.

Here, you can learn which is the best Firefox browser (and Google Chrome) extension for ad-blocking, and to remove ads on YouTube.

Does Firefox Have an Ad-Blocker

You can stop ads in Firefox as it comes with an ad-blocker along with a host of other security features.

The integrated ad-blocker can show you what’s being blocked, as well as you being able to set different levels, and it can stop over 2,000 trackers along with totals of trackers blocked by the browser.

In addition, the Firefox Monitor can inform you if your information is included in a data breach, and you have a secure built in password manager.

In testing, as good as the built in ad-blocker is, it doesn’t fend too well to stop ads on YouTube.

You may see some ad-blockers claiming they can stop ads on Android or iOS. However, stopping ads inside the official app for YouTube is different.

If there is an HTTPS connection, then the ad-blocker has to launch a MITM (Man in the Middle Attack) and change the certificate of the app, to one of its own. After the Nougat update, apps that target API levels 24 upward will not trust certificates in the user’s trust store. The YouTube app is one such app.

One of the primary reasons for doing this is that YouTube is a Google service, and they aim to prevent viewers from blocking ads on the platform.

The easiest way to block YouTube ads on Firefox is to install one of the many ad-block extensions you can find in the Firefox store.

Make sure that you check the right store, as the Google Chrome store, and an extension from there won’t install.

What is the Best Ad-Blocker for Firefox?

Once you begin looking to stop ads on YouTube, you quickly find it isn’t the same as blocking regular ads from your browser. Hence, the reason the built in the browser doesn’t work at stopping all ads.

You may also need the capability of whitelisting video or channels of content creators you want to support through ad-revenue. 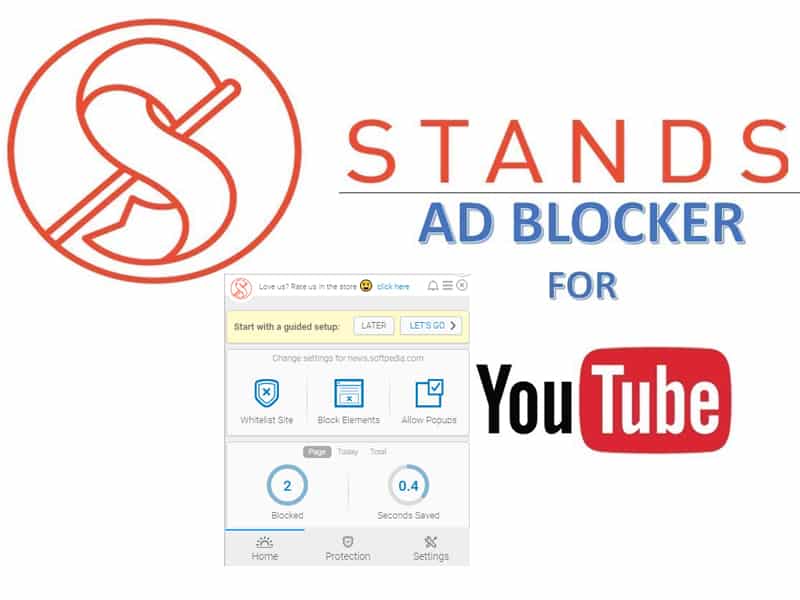 Fair AdBlocker follows a line separating blocking of annoying pop-ups, overlays, and other intrusive ads, while at the same time trying to permit less invasive “fair” ads from participating websites in order to support the web’s free content model.

Fair AdBlocker uses algorithms for figuring out which things to block, along with a white list of things to allow.

The way it works it is more in line with the way Google wants ad-blockers to go so they can still receive their advertising money. 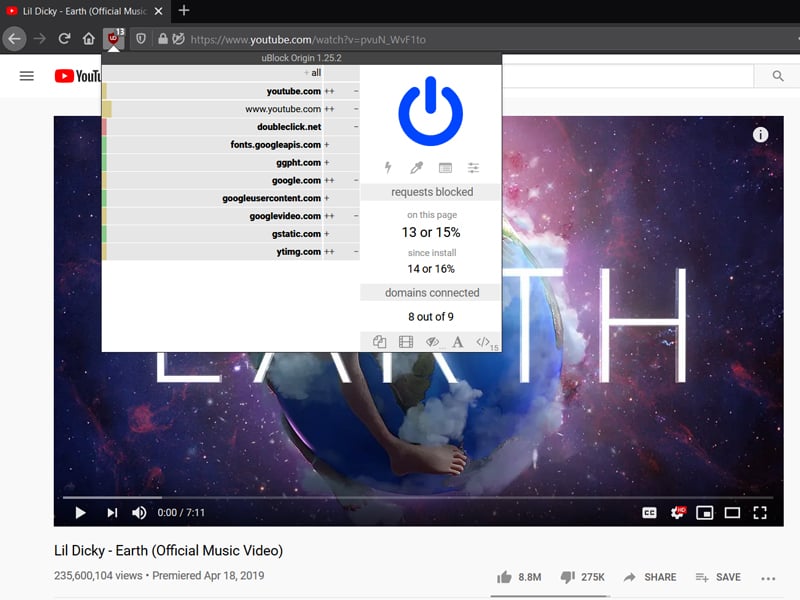 uBlock Origin is a Firefox browser-based ad blocker focusing on efficient and uncomplicated ad blocking while maintaining a low overhead. By doing a great job not slowing down the browser or the device.

It is loaded with a number of filter lists for known sources of advertising and malware. It has additional blocking listings that are available, and the ability to read and create your custom filters from host’s files.

It also allows you to select areas of web pages you may wish to block, or you can easily whitelist a site clicking on the extension icon and turning off the blocker. 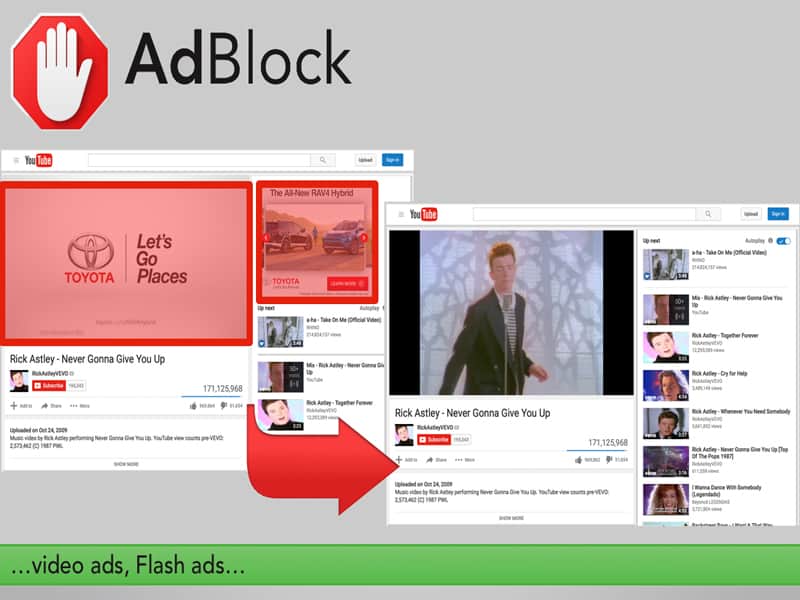 AdBlock is not to be confused with AdBlock Plus as this is a different ad-blocking browser extension (a decent YouTube ad-blocker). Aside from Firefox, you can use Edge Adblock, Chrome, YouTube ads and pop-ups are halted with ease.

You can use the default block lists, or you can change these and subscribe to different ones. It is also easy to make your own, as it is to create whitelists of content on YouTube or other sites.

As with many other ad-blockers, you can delete social media buttons and other intrusive page elements you may want to block.

One of the best ways you can stop ads on YouTube is to use a VPN adblocker. Many can stop ads at the server level before they have a chance to reach your device.

Besides this, they can also show YouTube content form other regions you may not have access to on a regular browsing session. All you have to do is select a different server, and then open the YouTube page and stream ad-free content.

Another benefit of watching YouTube with a VPN is that your ISP will never throttle the connection, as they can’t see you are streaming. Lastly, you have military-grade encryption keeping your online privacy secure.

One of this premium VPN’s can be the best adBlocker for Firefox. You can also find countless other benefits of using VPN’s aside from just stopping annoying ads in your videos. 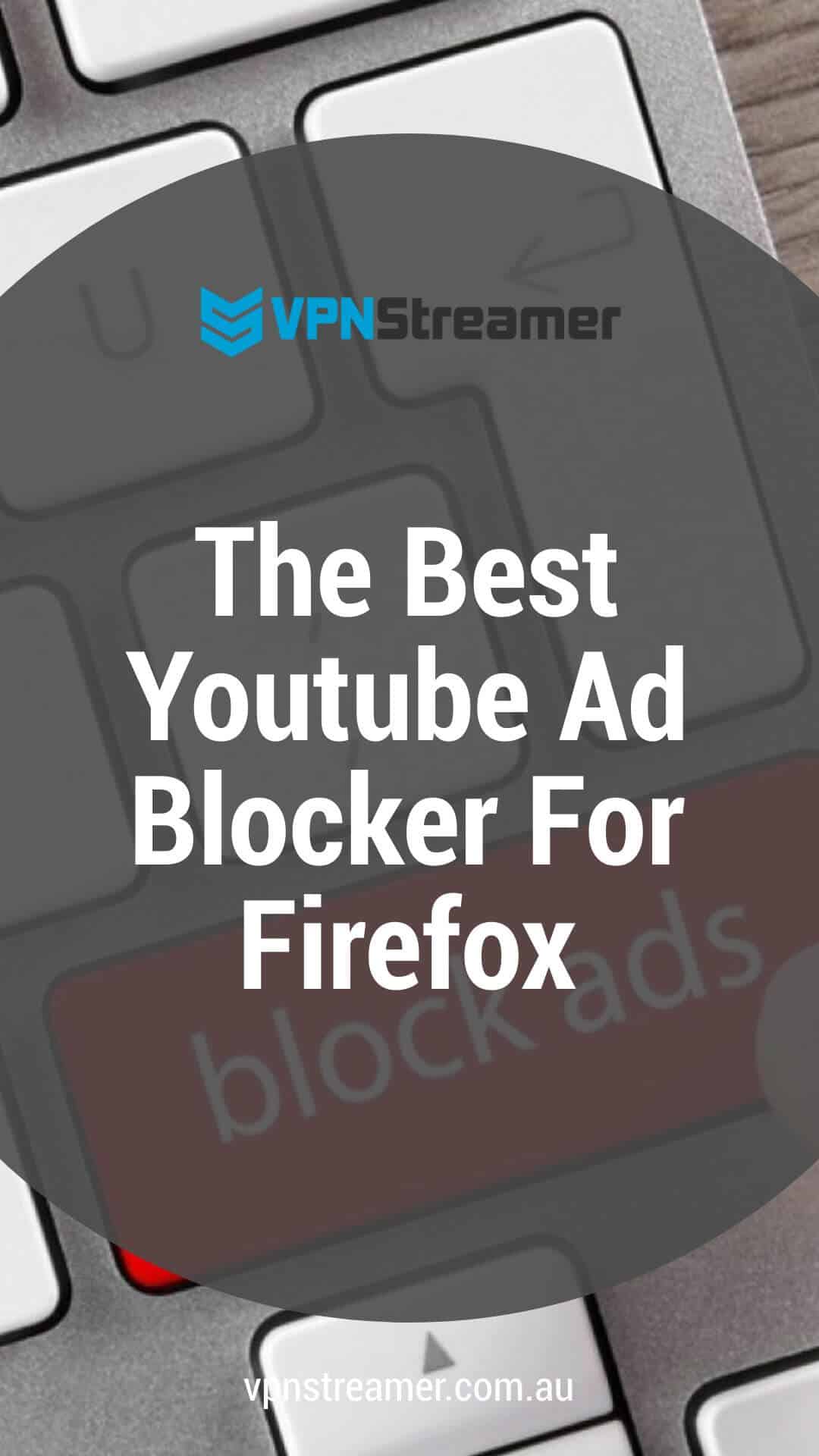