DC Titans is the smash hit show, which is the new live-action show following on from the Teen Titans animated series.

Richard “Dick” Grayson leads the team of Titans. Fans know him as the trusted sidekick of Bruce Wayne “Batman.”

With many other colourful characters in the live-action show, it is easy to see what fans were hooked from the first showing. 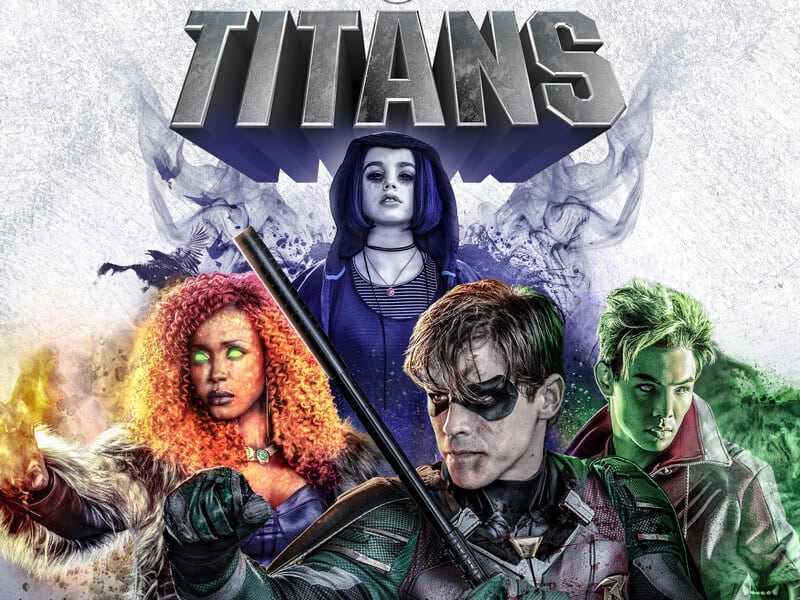 However, now the Titans season 2 release date has been and gone, fans are waiting for season 3. In the meantime, here we have two options where you can access the DC original series online.

Where to Watch DC Titans

Inside the USA, you can only watch DC Titans on the Warner Bros streaming service DC Universe.

Besides being able to watch Titans, there are many other DCU Originals such as Doom Patrol, and the chance to read over 20,000 comics. With a subscription, you are kept up with all the latest news and goings on in the DC Universe.

The sign-up process is straightforward, yet you need to use a PayPal account to pay. With this, you get a 7-day free trial, and you can access DC universe on iOS, Android, Amazon FireTV, Apple TV, Roku, and Xbox One, among others.

Outside the USA, you can watch Titans on Netflix from the UK library. Again, it requires a VPN to access this, but it does offer the chance to access any Netflix library. Netflix accounts are global, yet the watching defaults to your location.

Cost is $8.99 per month for the base plan and one stream and increases for more streams and better video quality.

You can watch season 1 and Titans season 2, Netflix, with their 30 days free for new subscribers.

Both of these services offer similar, yet the DC universe will have the new episodes first, and the release date will be much earlier than the rest of the world. There are also plenty of originals not available anywhere else.

Which VPN for DC Titans?

If it were as easy to find a VPN, as it was to find the right service for watching shows like Titans, things would be far more accessible.

However, choosing a VPN for use in Australia can be anything but easy, especially when you need to know if they bypass restrictions for all major streaming sites.

In this case, you need a VPN you can change to the USA for DC Universe or the UK for Netflix.

Here are three of the best VPN’s you can find for use in Australia. They are listed in order of preference to make things easier when it comes to making a decision. 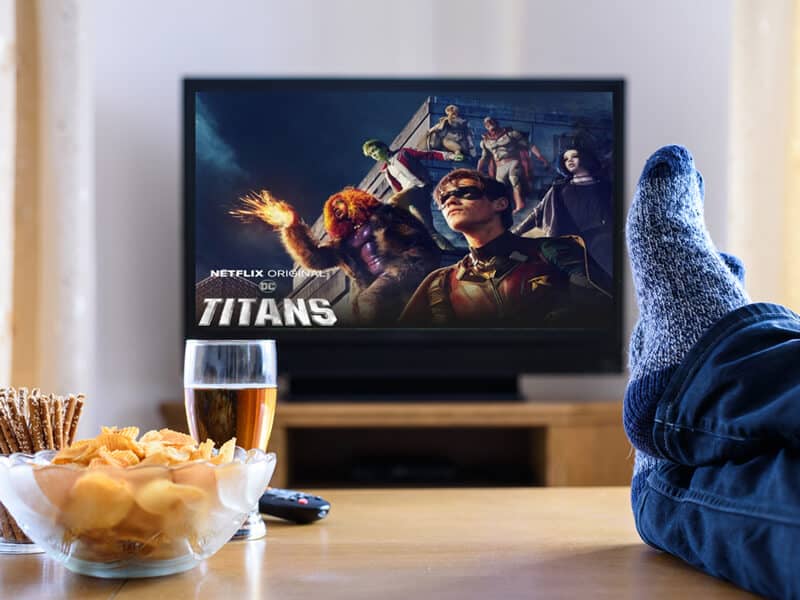 ExpressVPN is the leading VPN for streaming; with over 3,000 servers in more than 94 countries, it offers extensive coverage and is easy to access any Netflix, iPlayer, and DC Universe library or other streaming platforms. Any streaming you can experience in Australia is buffer-free.

ExpressVPN has the best online security, which is of the highest level. With robust DNS and WebRTC leakage protection, a strict zero-logging policy, military-grade 256-bit AES encryption, zero-knowledge DNS, and a kill switch.

The company is based in the British Virgin Islands, which is outside any 5/9/14 Eyes Alliance. It offers unlimited bandwidth, with easy server switching, to change country or city-level servers if needed.

Customer service is available 24 hours a day, seven days a week, with live chat in case of any issues.

You can use five simultaneous connections on Windows, Mac, iOS, Android, and many more devices. Routers allow you unlimited connections.

The download speed of IPVanish VPN is good enough for most of your online activities and can circumvent most streaming restrictions so you can watch Titans without limitations.

You can see in our IPVanish review; this VPN has become popular because of its high speed and simplified use. The company has 1,300 servers in 75 countries.

The VPN can unlock many popular platforms, UK Netflix, iPlayer, and numerous US-based services such as Amazon Prime or DC Universe for Titans action.

Customers have 10 simultaneous connections on Windows, Mac, Android, and iOS. Security includes 256-bit encryption and a no-logs policy. With additional features such as a kill switch, IP address switching and server obfuscation, it further enhances online security and privacy.

The VPN is located in the United States, although it comes with a good zero-log policy, so user data should be safe from anyone. They also offer great customer service in case there is a problem. All features can be tested with the 7-day money-back guarantee.

NordVPN is more famous for being one of the most secure VPN’s on the market, offers 256-bit encryption, a kill switch, and can use double-hop functionality to prevent tracking from prying eyes.

Users can also use TOR over VPN, although this has a significant impact on speeds, but is ideal for private activities.

Privacy is a priority, and the service has a robust no-logs policy. They will also take bitcoin as payment. Users can make use of six simultaneous connections on a wide range of devices, including Android, iOS, macOS, Windows, and others, including some routers.

It is possible to use the 30-day money-back guarantee for testing, yet a refund can take a while, as they want to fix problems before honouring it.

If you use the first VPN in the list, you can use the industry leading no question 30-day money-back guarantee. You can sign up for either of the above services at the same time to make use of their free periods.

By doing this, you can make full use of the number one premium streaming VPN, and watch DC Titans online free. 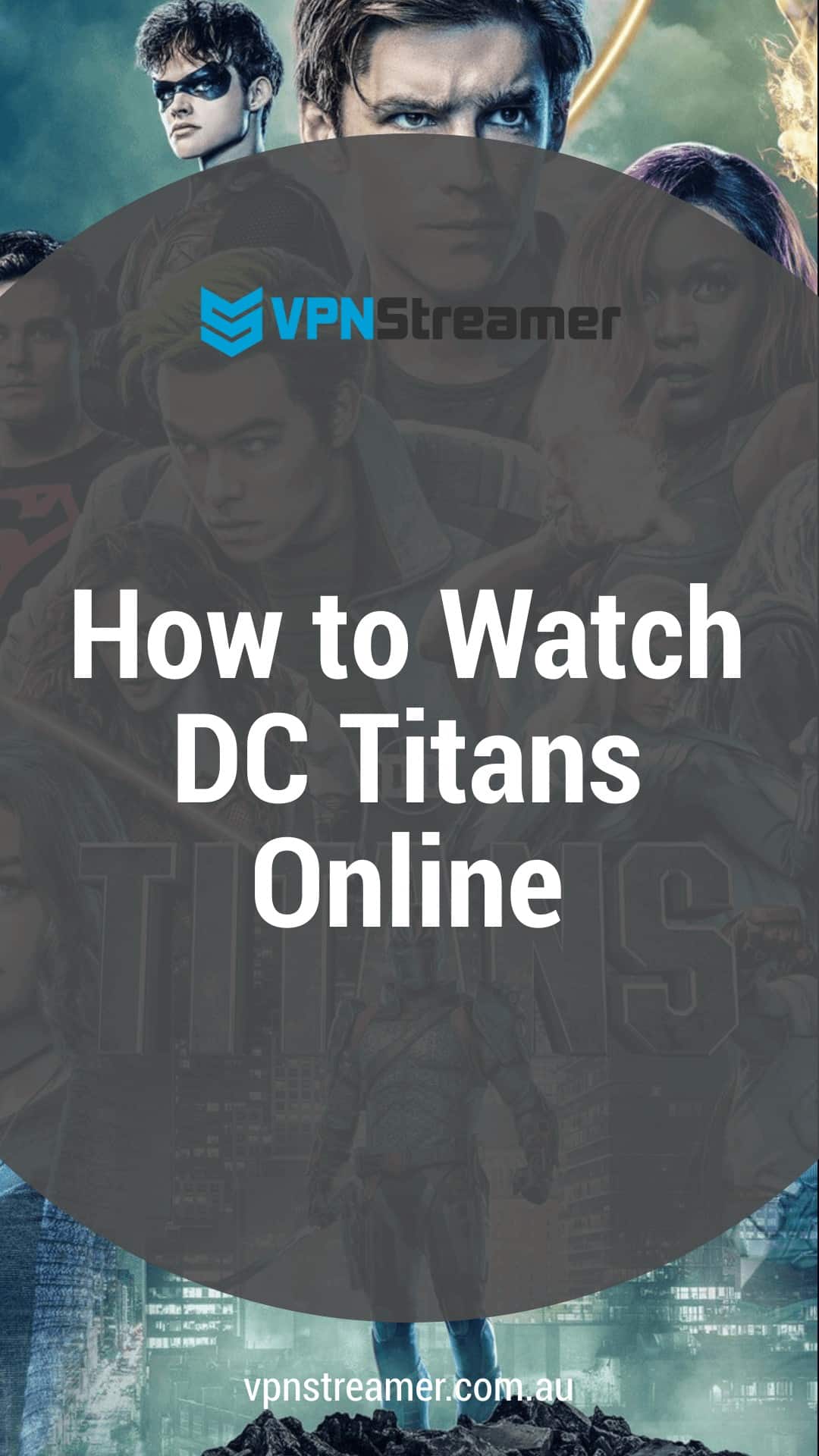