One of the most popular shows ever created was the one about a group of Friends living in New York.

It told tales and followed the lives of six friends who went through all manner of trials and tribulations in the ten seasons it was on air for. 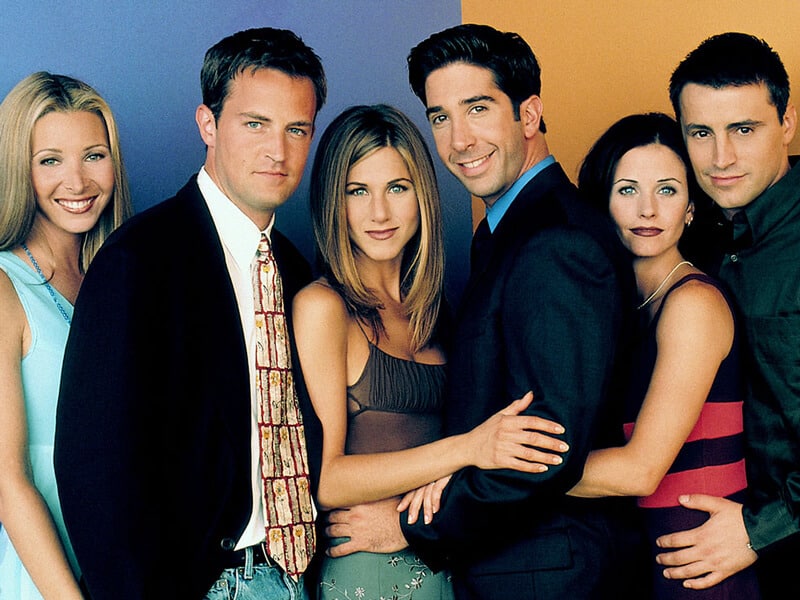 Fans at this point were unsure what to do, and in 2018, it showed how popular it still is because it was the top show to be streamed on the streaming service.

The show does have a new home later in the year and is supposedly beginning on May 27 with HBO Max, a new services hitting the streaming world.

It is hard to say if it will happen on time, or if they will show every Friends episode from day one as promised.

Luckily, fans of the show have an option. Therefore, we can show you how can watch Friends online all seasons and every episode using a VPN.

How to Watch Friends Online

US Netflix is the hardest of all streaming services to access. It has the most stringent geo-restrictions in place, and it checks to make sure if users are using a VPN.

While it could have stopped fans watching Friends when they had the show as part of their US library, they have lost it, yet in one way, they make it easier for fans to watch friends online free.

When you create a Netflix account, this can be used anywhere in the world where there is a Netflix library. Unfortunately, no matter where the account was created, it defaults to the country you are in.

What this means is, new subscribers can sign up for a Netflix account in Australia, and using one of the recommended VPN’s, they can watch Netflix anywhere.

Learn how to get American Netflix in Australia

Now, what hasn’t been mentioned, it is only US Netflix that has lost Friends. The show still lives in all its glory on the UK Netflix library.

Signing up for Netflix in Australia is straightforward, and you get a one-month free trial.

Now, you just need a premium VPN provider to offer the best experience for accessing the UK from Australia. 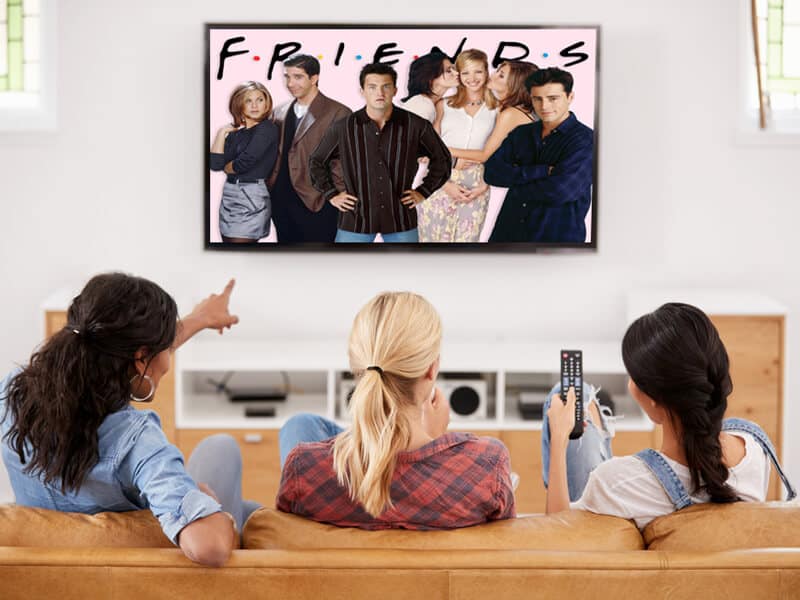 Here are three of the best VPN’s in order of preference; each is available from Google Play store or direct from the company website.

ExpressVPN is the leading VPN for streaming; therefore, it is simple to be streaming Friends online without buffering.

It operates more than 3,000 servers in over 94 countries, offers extensive coverage, and is easy for accessing any Netflix library and others like BBC’s iPlayer or another streaming platform.

ExpressVPN’s security is of the highest standard. The company is based in the British Virgin Islands, which is outside any 5/9/14 Eyes Alliance.

Customer service is available 24 hours a day, seven days a week, with live chat in case of problems.

You can use five simultaneous connections on Windows, Mac, iOS, Android, and many more devices. Routers allow you unlimited connections.

IPVanish is another primary VPN, which has become popular thanks to its high speed and simplified use. The company has 1,300 servers in 75 countries.

IPVanish VPN download speeds are good enough for most of your online activities and can circumvent most streaming restrictions so that you can watch Friends online without limitations.

IPVanish can unlock many popular UK platforms, including iPlayer, UK Netflix, ITV, Channel 4 and others from other countries

Customers can operate up to ten devices on Windows, Mac, Android, and iOS, although some features are missing from the iOS application, such as a kill switch.

The VPN is situated in the United States, which can be seen as a disadvantage. They have excellent customer service in case there is a problem.

You can test their features using the 7-day money-back guarantee.

CyberGhost is very easy to use, and one of the first VPN service providers that are targeting new users.

The company has a free VPN trial, but only through their browser extensions and for limited features. You can try out most features before you commit. Each family member can make full use of this VPN, with seven simultaneous connections.

It offers a one-click connection and an optimal server for your location. Therefore, connecting to a service such as UK Netflix to watch the series or accessing the BBC or Amazon Prime is simple.

They are among the leaders in the security industry thanks to AES256-bit encryption, no-logs policy, automatic kill switch, and also adware and malware blockers.

Download speeds are well within the range for streaming any video content so that you can stream
Friends easily. Besides, you should not suffer from the buffering effect thanks to the vast network of over 6,000 servers in 89 countries.

Customer service is of a high standard with live chat or ticketing. CyberGhost comes with a 45-day money-back guarantee on the six-month plan or above. Below that, and you have 14 days.

The short list above offers VPN’s all suitable for watching the classic Friends show, yet ExpressVPN is the premium VPN service and will offer the best experience.

The other great thing is, with a 30-day money-back guarantee, you can use this to watch Friends free while you wait for HBO Max. 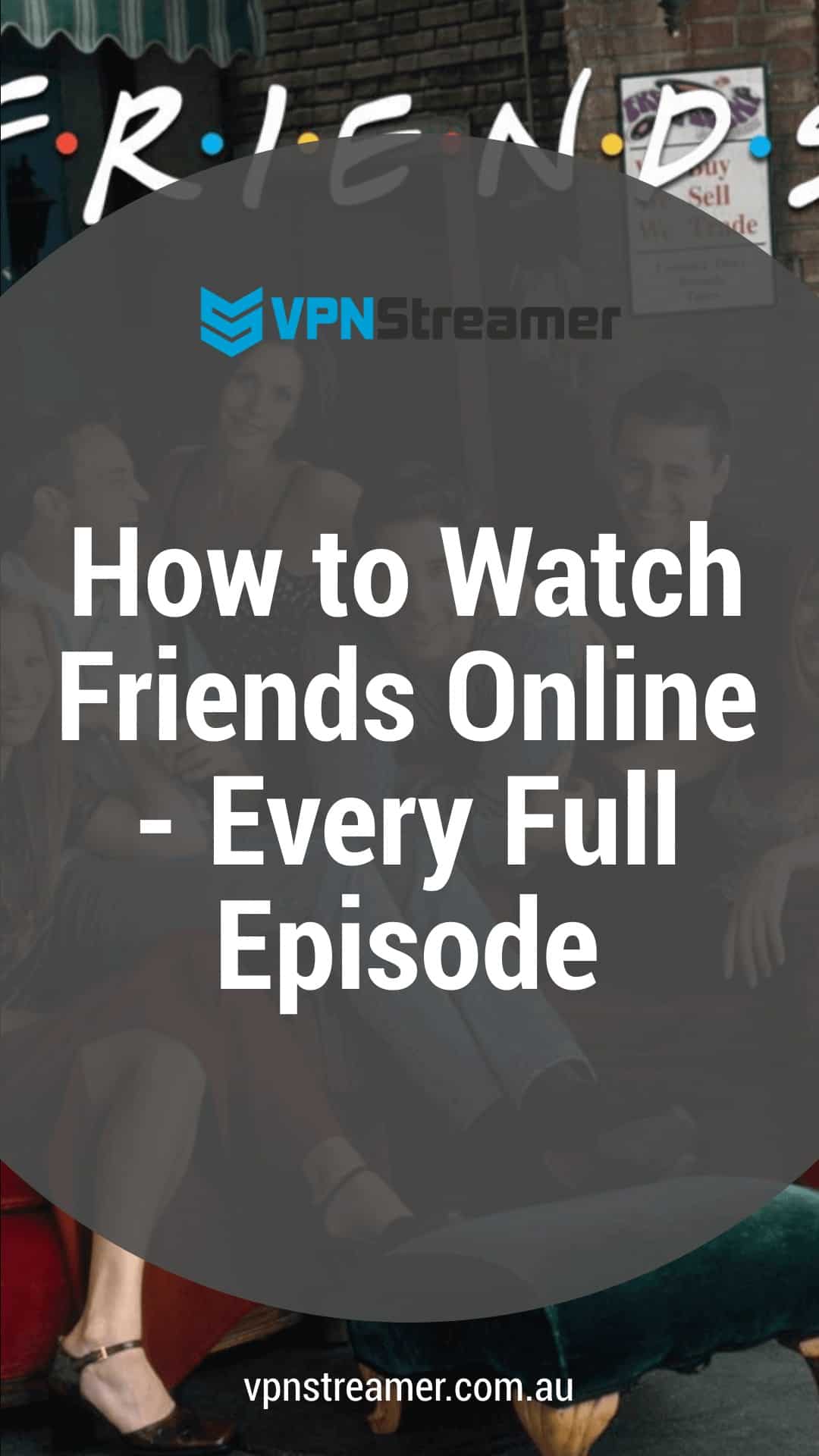