Season 2 of Future Man has been wrapped up, and the show is touted for a third and final series.

It follows Josh Futturman a janitor by day and a gamer by night is recruited by mysterious visitors to travel through time to prevent the extinction of humanity.

The show is unlike much other comedy’s and delivers some quirky humour along the many space and time travels Josh Futturman travels with his trusty companions. 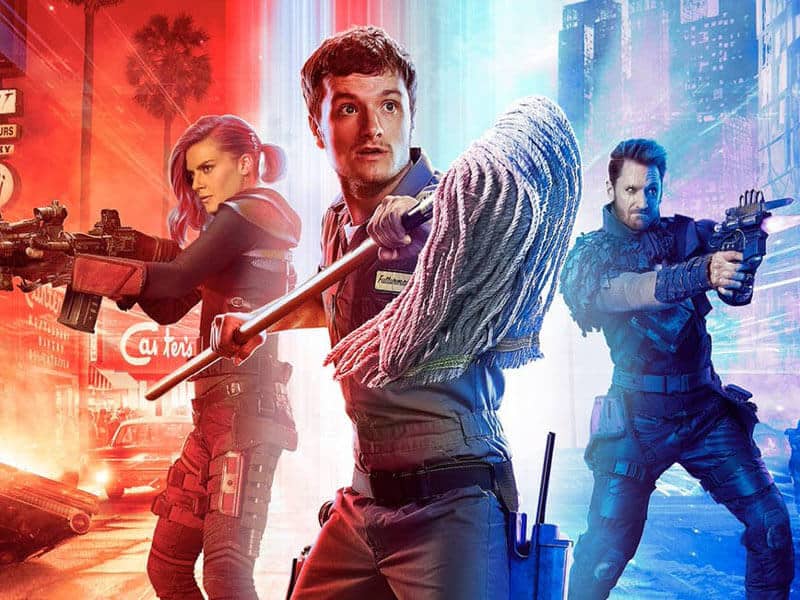 The show received some high accolades on Rotten Tomatoes, which bodes well for this Sci-Fi comedy.

After looking at the cast, the show, and the exploits so far, we will see how fans can watch Future Man online.

What is Future Man?

Future Man episodes star Josh Hutcherson, who plays the lead role, and was one of the producers. It was executive produced by Seth Rogan, Evan Goldberg, and others.

The high-concept comedic tales follow Josh Futturman a janitor by day, and who has been thrust into a very different reality.

He was recruited by mysterious visitors and needed to travel through time to prevent the extinction of humanity.

Being a gamer by night, anyone would think he is up for the job, yet what he encounters is far crazier than even his imagination can fathom.

The extinction of humanity is pretty serious, yet this show continues to bring plenty of laughs along the way.

By day as a janitor, a dead-end job where he plays Biotic Wars, a game that can’t be beaten. With the game beat and the visitors from the future appear, all hell breaks loose. There are plenty of foes for the trio to combat.

Wolf faces off against the Supreme Overlord Vice, and there are plenty of battles where bloodshed ensues.

With a cliffhanger at the end of season two, Josh, Tiger, and Wolf find themselves in prison in the year 3491 and facing the death sentence for their crimes.

Season 3 could be a very funny climax to a great time traveling show, which should last much longer.

How to Watch Future Man Online

Future Man is only available on Hulu, and while this faces geo-restrictions like any other streaming service based outside the USA, it can be easily accessed to watch the show.

There are two hurdles, yet you can get around these easily. First, you will need a good streaming VPN. You can achieve this easily with our recommendation.

ExpressVPN constantly receives the top spot when it comes to streaming VPN’s thanks to the large server network. This is even more evident in Australia, where many other VPN’s fail to support users.

Signing up is super easy, and you can do this in 30 minutes. Head to the company website, add your email, choose your plan, and pick your payment option.

They send you an email with download links, so download and install the client, and you are good to go with the next phase of watching Future Man in Australia.

Here are the instructions to sign up for Hulu.

Hulu with live TV is $44.99 per month. This has a one-week trial while the two lower-cost plans come with one month free.

To set up your account, these are the only steps, and it is the next, which puts a few users off. Hulu wants American based payment options.

You can get Hulu in Australia if you use the following.

If you know someone in the USA, who can create an account, all the better. However, the following means can suffice as ways of paying.

Hulu gift cards can be a good option, yet there is one downside. You can only use them once if signing up, and then they need to be followed by a regular means of payment. You can also use them continually once a regular payment method has been set up.

These are available in $25 or $50 denominations, so if you purchase the fifty, you can create an account and use it for eight months, then just repeat the process with a new account. You can then also get another free month by creating a new account.

The second method is by using virtual debit/ credit cards. These are harder to find which work as Hulu has stopped accessing several of these. 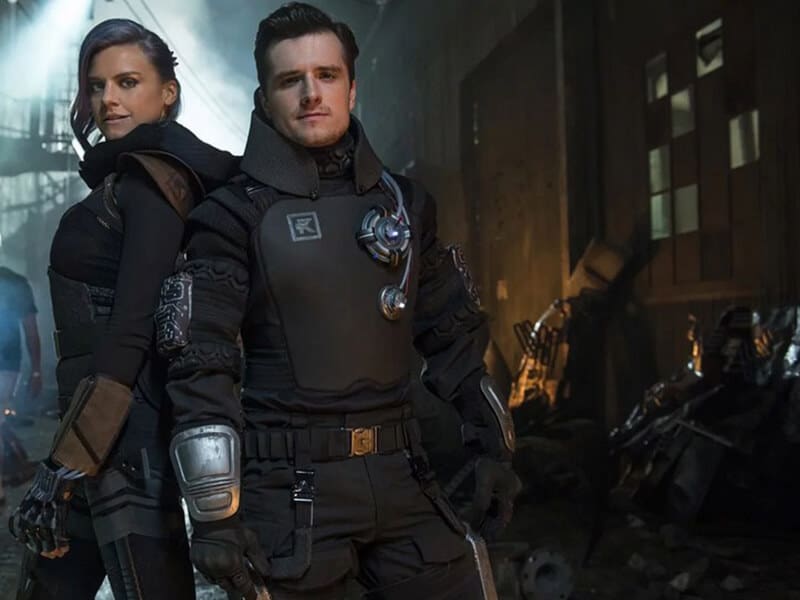 Watching Future Man with a VPN

With the recommended VPN in place, bypassing the geo-restrictions is the easiest part of the process.

All you need to do is run the client and be sure the connected server is located in the USA. ExpressVPN has a few areas you can connect to. This makes it handy if you create new accounts as your IP address will be different each time.

With a large optimized server network, this is the best VPN for streaming. So users can find this out for themselves, they offer the best 30-day money-back guarantee in the industry.

This can be used just like a free trial, so you can see for yourself how well it performs.

Once you have both things in place, you can take part in some binge Future Man streaming and watch both seasons of the hilarious time travel comedy.