One the original sci-fi show hit the screens back in 2015; the SYFY TV network had a sleeper hit on its hands with Killjoys.

It quickly amassed fans around the world who loved the action-adventure show set in space. The tales of three interplanetary bounty hunters had fans gripped, as they travelled around the Quad.

Now, the problem is that the show is geo-restricted and only to be watched by US residents on the SYFY channel. 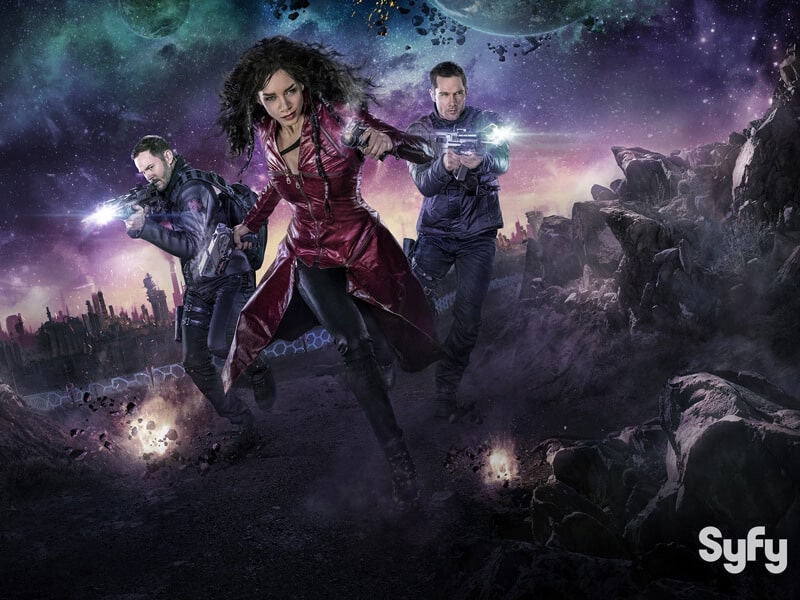 After a quick look at the cast of the show, you can find out which streaming service to go to for access; and how you can use a premium streaming VPN to bypass any restrictions.

Did Killjoys Get Cancelled?

With a total of 50 episodes over 5 seasons of The Killjoys. Fans were sad to see that season 5 was the final season.

Unlike some shows, Killjoys wasn’t cancelled for falling ratings; it was only renewed for season 4 and season 5. The show ended in 2019, and it has left a void for many fans.

Every full episode saw four recurring cast in the form of Hannah John-Kamen as Dutch, Aaron Ashmore, as Johnny Jaqobis and his brother D’avin Jaqobis played by Luke Macfarlane.

The trio of bounty hunters saw lots of action as they travelled the Quad that was on the edge of a bloody war in the hunt for their warrants.

Now, fans need to find out where they can go to watch three seasons, four and even five, for every episode without heading to Amazon to purchase the digital media.

Is Killjoys on Amazon Prime?

No, Killjoys isn’t on Amazon Prime and is only available if you wish to purchase it on a disc.

Is Killjoys on Netflix or Hulu?

Killjoys used to be on some Netflix libraries, yet now it appears to be pulled from all of them. In the case of Hulu, the SYFY channel is on Hulu, yet they only currently seem to have one show, which is 12 Monkeys. (Learn how to Watch Hulu in Australia)

How Can I Watch Killjoys Season 5

Once you head to the SYFY site, you may think you can stream Killjoys from there, yet it asks you to log in as soon as you click on one of the media titles.

Now, it appears the only place where to watch Killjoys streaming outside the USA, is fuboTV, and SlingTV. You can find links to other services, yet this ends up dead links, and the show is no longer available to stream on that service.

To access both the fuboTV site and SlingTV, you do, unfortunately, require a VPN service.

Sling is a popular streaming service and has access to all full episodes of the show. You have 50 channels for $30 per month on the Sling Blue, which includes the SYFY Channel.
Sling, though, doesn’t offer a free trial. You can pay by purchasing Sling gift cards that are available online.

With the other, you will find that fuboTV began as a sport only streaming service, and it is still great for sporting action.

You can select from four plans. Standard costs $54.99 per month and offers 108 channels, cloud DVR of 30 hours, and 2 streams at once.

The top plan is the Ultra and costs $79.99. Payment options are by card, though you do need a billing zip code to complete the purchase. 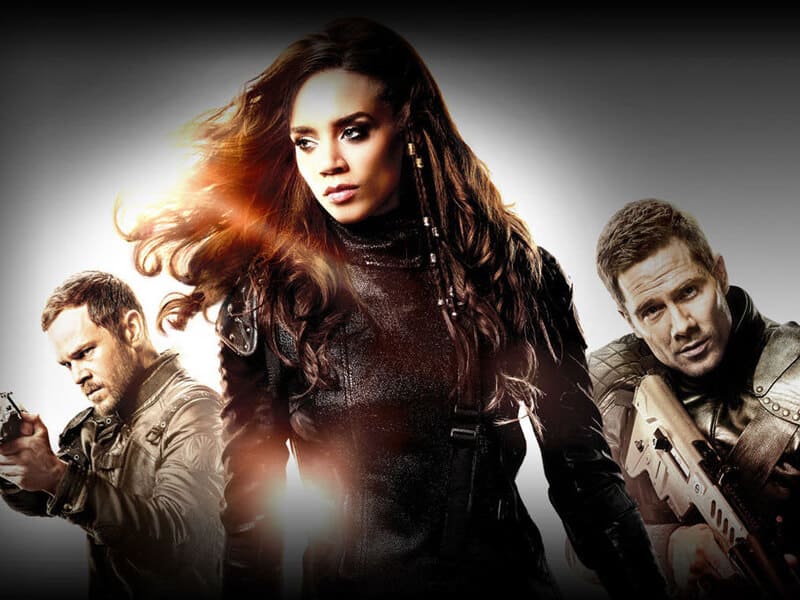 Watching Killjoys with a VPN

Both of the above services require a VPN to access their websites before you even before any streaming Killjoys to your devices.

Here we have the first three and best VPNs for use in Australia for streaming episodes without buffering issues. The trio of VPN’s here is in order of preference.

You have an automatic kill switch, IP/DNS leak protection, and the company headquarters are in the BVI so outside any jurisdiction.

NordVPN offers AES-256 encryption, support for OpenVPN and IKEv2/IPSec protocols, and registered in Panama. With zero logging and their CyberSec suite to provide ad blocking, malware protection, and obfuscation features.

With two kill switches and custom DNS settings to prevent them, you have no ads and high security.

NordVPN has 5,400 servers in 60+ countries, and you can use Onion over VPN for Tor users. Streaming speeds are quick, and you can access Sling, Netflix, Hulu, iPlayer, and many more to watch every series of Killjoys.

There is 24/7 live chat customer support to help, and the VPN has apps for Windows, macOS, Linux, Android, iOS, and Routers, among others.

StrongVPN maintains a no-logs policy and uses a wide range of protocols with OpenVPN along with military-grade 256-bit AES encryption. You can also select the new WireGuard protocol, which is gaining ground as the go-to secure and fast one to use.

Apps are available for Windows, macOS, iOS, and Android, and a few others, and it does an excellent job of bypassing geo-restrictions for a large number of services.

You have 24/7 access to customer support agents. StrongVPN offers unlimited bandwidth and no data caps on its server network of 950 servers in around 40 countries. The apps are easy to use but maybe lacking for advanced users.

All are great options, yet for the best streaming experience to Australia, and then ExpressVPN proves itself the best option.

Users can test the features and sign up to use the 30-day money-back guarantee as a free period; this allows signing up to either of the above services and to stream Killjoys episodes free. 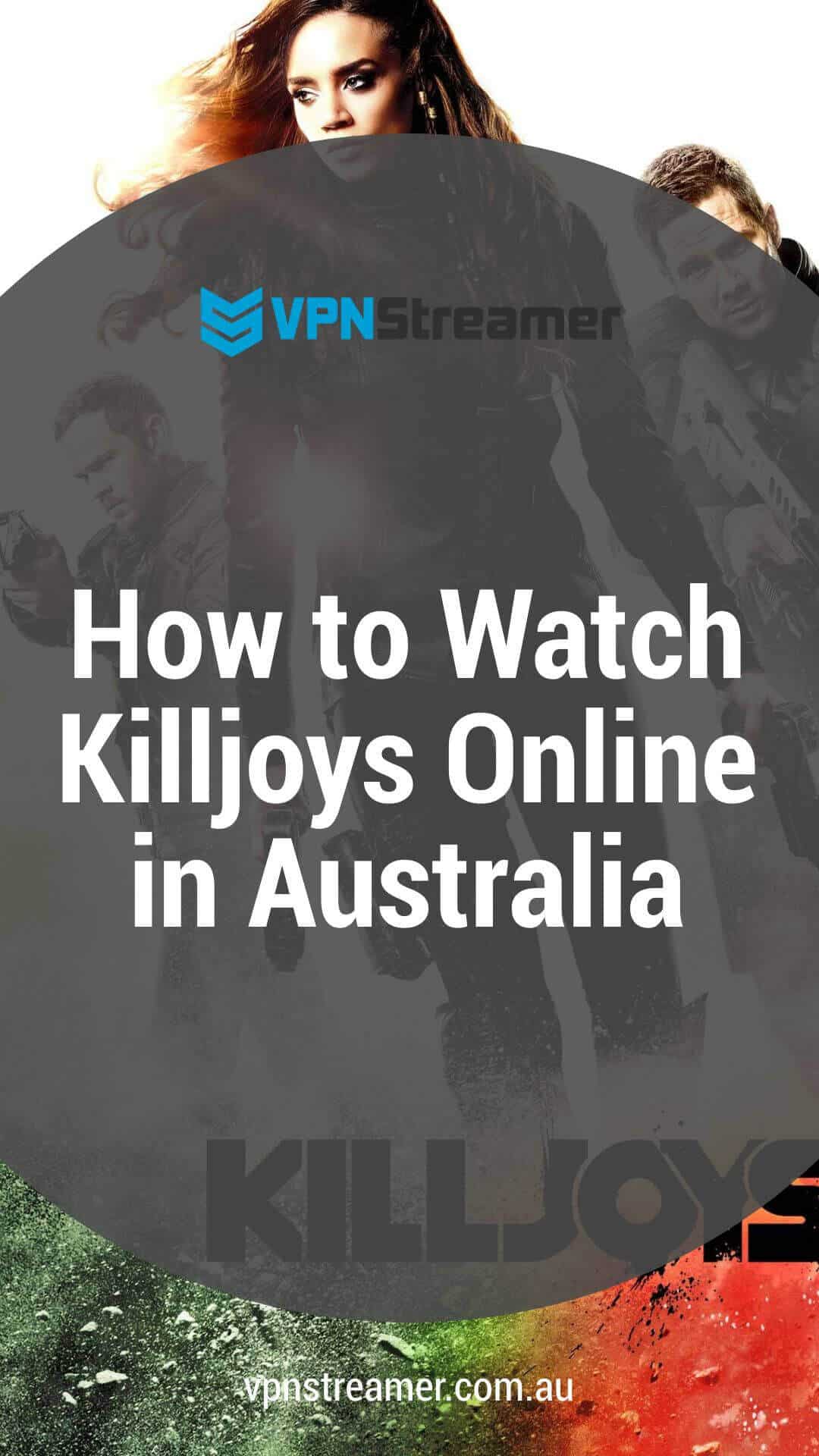