MENUMENU
VPNStreamer > Streaming > How to Watch Disney Plus in Australia

The Disney streaming service has been anticipated for ages, and on November 12 it was released to the USA, Canada, and the Netherlands.

On November 19, it became available for Puerto Rico, Australia, and New Zealand.

The rest of the world needs to wait until March 2020 at the earliest. While the Disney streaming platform has a lot to offer, there are still a few teething troubles. 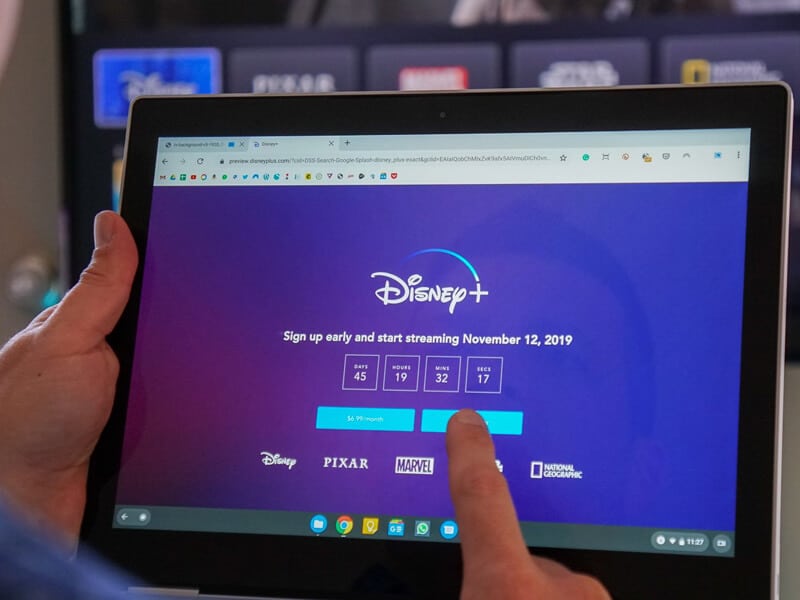 With lots of great movies from the likes of Kevin Feige, who is the Marvel Studios president and delivered the highest-grossing film of all time with Avengers Endgame.

Disney CEO Bob Iger laid out the plans, and apart from what is already available, there is much more to come. On the first day of release, there were more than ten million subscribers.

The streaming service Disney delivers has a few things up its sleeve which may not be clear, to begin with.

By the end, you will see why it is beneficial to sign up for Disney Plus in Australia from the USA using a VPN to access this streaming service.

Quick Tips – How to Sign Up for Disney Plus

To gain the full advantage of all the Disney streaming services, you will need a good streaming VPN. These following steps show how to sign up for Disney Plus in the USA. A VPN needs to be installed before attempting these. 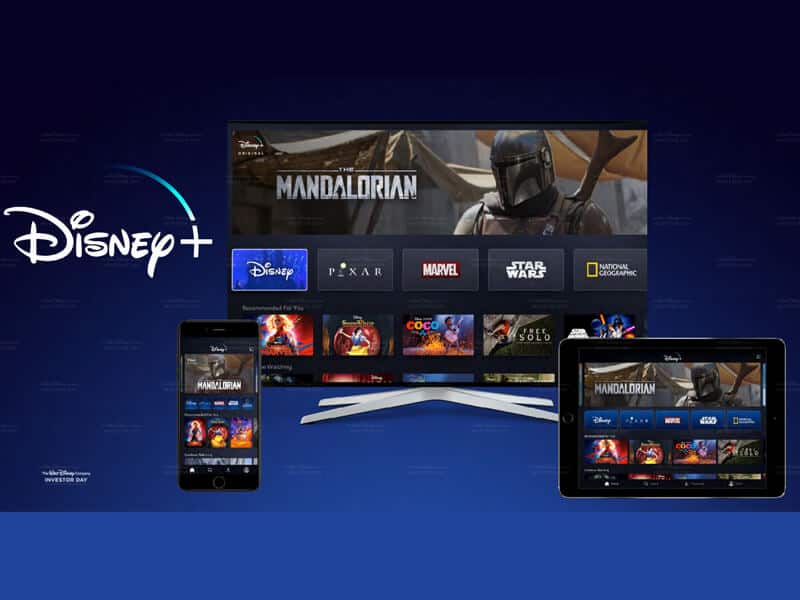 This can make accessing Hulu much more accessible in Australia. This is the ad-supported plan, any other, and you need to sign up for Hulu first.

Why You Need a VPN to Access Disney Plus in Australia

Although you can sign up for Disney Plus in Australia, by doing so, there is no way you can access the other two services which are available as part of the larger plan.

The Disney plus channel takes everything from the Disney Channel, Marvel Movies, Marvel shows, the National Geographic channel, and a host of content Disney now owns from Pixar.

The issue lies with licensing rights as with every other streaming service. You can find there is less content in the Australian library than there is in the US library.

With the addition of having access to Hulu for their shows, and for ESPN for sporting action, the package begins to look clearer. Walt Disney is trying to be number one of all the streaming services, and with these three, they are making good headway.

The other things are connection throttling. ISP’s are well known for it, and the best streaming VPN will prevent them from doing this as they won’t see what you are accessing.

5 Best VPN’s for Disney Plus 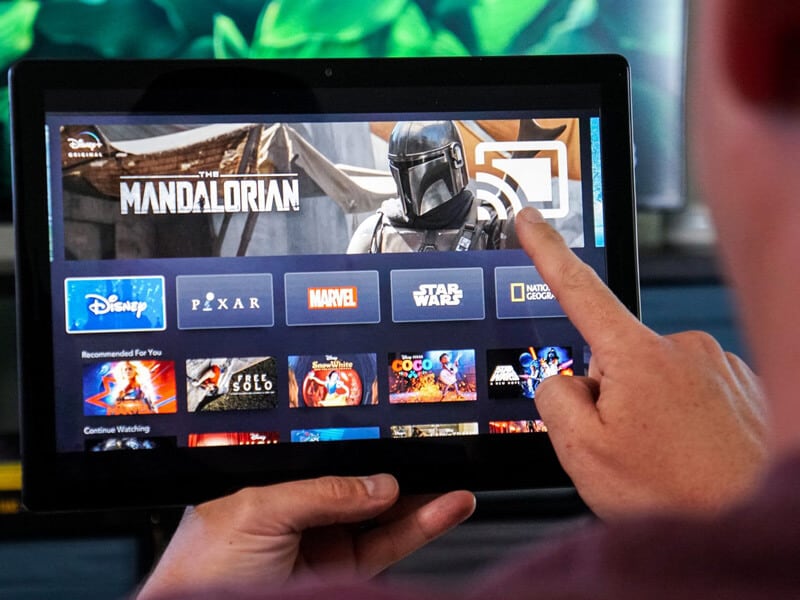 The best streaming VPN uses RAM mode for all its servers; this means they run faster than hard disks. They also deliver the best experience to remote regions.

ExpressVPN doesn’t retain any logs on any of its 3,000 servers spreading over 94 countries. It offers a kill switch, the fastest download speeds, and is the number one choice for streaming and torrenting.

It offers 5 simultaneous connections, and you can use it on more devices than other VPN’s including routers (1 device).

Live chat is the best in the industry and is a 24/7 live chat in case of issues, and they offer industry leading 30-day money-back guarantee.

Uses Smartplay technology for streaming. This couples the best of a DNS service and a VPN connection.

NordVPN is the ideal service for anyone who wants full privacy. You can have 6 device connections that cover many of the standard devices, although only 4 can connect to one server at once.

Speeds are good enough for video streaming (unblocks 7 Netflix libraries), and torrenting will be safe from prying eyes.

The company is located in Panama, away from any governing jurisdiction. The service now comes with Live chat support. NordVPN supports Android and iOS, Mac, Windows, and lots more, including routers.

Ad-blocking and malware protection with the CleanWeb service. This stops online tracking from marketers and ISP’s.

Surfshark may be new, but it offers lots of features other VPN’s don’t. It is excellent for streaming and unblocks 15 Netflix libraries.

Torrenting can be done on all servers, and it uses the top protocols for encryption to be sure users are safe. It stops ads, malware, and trackers, so even an ISP won’t see users are streaming.

There is a multi-hop feature for more security, and users can have unlimited devices on a single account. Apps cover Smart TV’s, desktops and mobiles for most of the top devices.

IPVanish is one of the few VPN services to own their equipment. This includes a secure DNS service without using third-parties.

IPVanish is one of the larger VPN’s there is. It offers a 7-day money-back guarantee. It caters for P2P and torrenting, yet streaming significant platforms such as iPlayer and Netflix are unreliable.

It now offers an excellent zero-logging policy, by using top of the range military-grade encryption on its 1,300 servers in 75 locations. It delivers lots for users who want secure connections for torrenting and everyday browsing.

CyberGhost can automatically start when it spots an unrecognized Wi-Fi network. This can stop any snoopers while users are in a public hotspot area.

CyberGhost makes things easy and has streaming profiles and tabs for torrenting or P2P file sharing.

While Netflix and the more common ones are listed, Disney plus may be waiting to make an appearance.

With massive 5,700 servers that covers 89 countries, it is one of the largest VPN’s. With unlimited bandwidth, you can stream to your heart’s content, and torrent knowing you are safe.

Users can connect up to 7 devices on Windows, Mac, iOS, Android, FireStick, Smart TV and Linux among others.

What’s On Disney Plus

From shorts written specifically for Disney + like Forky Asks a Question, to classics like Alice in Wonderland, there is something for everyone on Disney +, albeit the main content is family orientated material. Mature content will come from Hulu.

Spreading across both the US and the Australian libraries, you can expect to find:

Classic Disney Movies and shows are:

While there are lots in the pipeline from Marvel, Star Wars show episodes and lots of other content which will be new on Disney. It is shows like the Hero Project, which shows youngsters who are heroes in their own right.

This is exclusive to the new streaming service and is real life rather than from someone’s creative imagination. 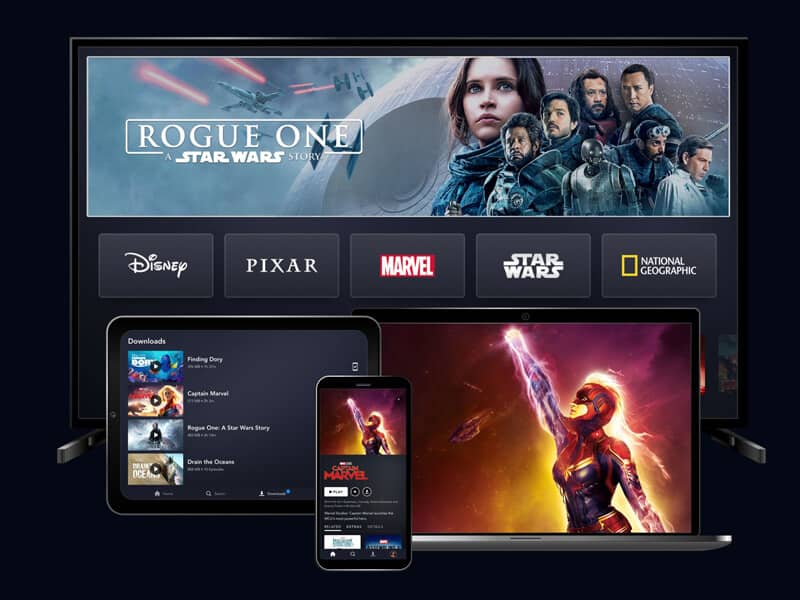 How to Watch Disney Plus

There is a wide range of streaming devices that are compatible with the Disney app right from the start.

However, there is one exception at present. The Samsung Galaxy tablet, which is running the One UI of a particular version, has issues. All other tablets are working.

In the beginning, because this service is a competitor with Amazon Prime Video, there wasn’t support for Amazon Fire TV devices, yet there was a turnaround, and Amazon Fire has support like all the others.

Users can have four simultaneous streams for each account.

All the above is just the tip of what you can expect from both Disney and a great VPN. While you can start streaming by signing up in Australia for the local version, you can be missing out on so much great content from the American Disney library, the sporting aspect with ESPN, and another wealth of material from Hulu.

This together makes their offering one that is hard to beat. From now going forward, they will add more, and to take full advantage, you will need the best VPN for streaming.

Disney Plus is priced about right, and when you add in ExpressVPN to the mix, you can have the very best experience for cheaper than other services on their own.

Users can choose any VPN, yet not all of them deliver the best experience to individuals in Australia.

There is no reason to delay, sign up for ExpressVPN and watch Disney Plus, as well as everything else you can do with this VPN.