The CW had one of the top TV shows on their hands when they introduced The Flash to the small screen.

The story of Barry Allen, the fastest man alive, had fans hooked. With The Flash Season 6 ending, fans are eager for season 7 of The Flash to begin early next year.

However, for Flash fans around the world, the hit shows episodes are not readily available. Like many other shows, because of licensing restrictions, many geo-restrictions are in place to prevent just anyone from catching the show. 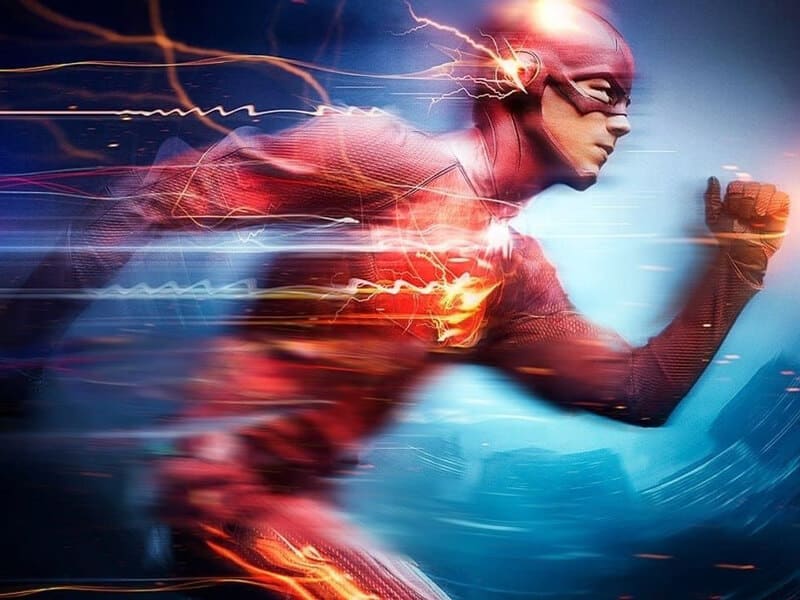 After a quick look at what the show is about and the cast, you can learn exactly where to go. You can watch any seasons you wish as long as you follow the instructions and use a VPN.

What Happened in The Flash?

What began as a spin-off show from Arrow, The Flash seasons one quickly garnered lots of fans. We saw Barry Allen, a forensic scientist working for the Central City Police Force. He was struck by lightning in a freak storm, and from the moment he woke, he began to see his powers.

Barry (Grant Gustin) was gifted with superhuman speed. It was after a couple of test runs; he donned his red costume to fend off the heat from running so fast.

So far, Barry has used his new powers to fight evil, and there are no signs of The Flash episodes slowing down.

Now, you can find out where to stream The Flash and watch the team of Iris, Caitlin, Cisco, and Barry with his meta-human alter ego The Flash take on more foes to save Central City and the rest of the world.

Is The Flash on Netflix?

Sadly, there is no sign of The Flash on Aussie Netflix

Why is The Flash Not on Netflix?

You can’t find The Flash on Aussie Netflix because of rights issues. Broadcasting is down to the studios, and they decide who gets to air shows and where. All entertainment like this is the same, and it comes down to demand and money.

Where Can I Watch The Flash Season 5?

The best news is you can avoid these altogether once you use a VPN, as you will quickly see.

Where Can I Watch The Flash?

You can only find a few episodes on the CW, and US Netflix only has season 1 to 5 of The Flash now, although anytime soon, season 6 may be added to the US Netflix library.

However, for sure, you can head to the Canadian Netflix library, which already has every one of the 134 The Flash episodes for fans to watch.

A VPN will encrypt your data, and once you have one installed, you can select a servicer inside another country, and your connection will appear to be there.

While Netflix has some of the strictest restrictions in place for VPN use, they do make it easy for viewers as they can create an account in their home country.

Therefore, the first step is to sign up for Netflix and take advantage of the one-month free trial. Next, you can check out the three VPN’s below, which offer the best Netflix experience.

The list is in preference order, so number one is the top choice, and the other two being worthy backup options. 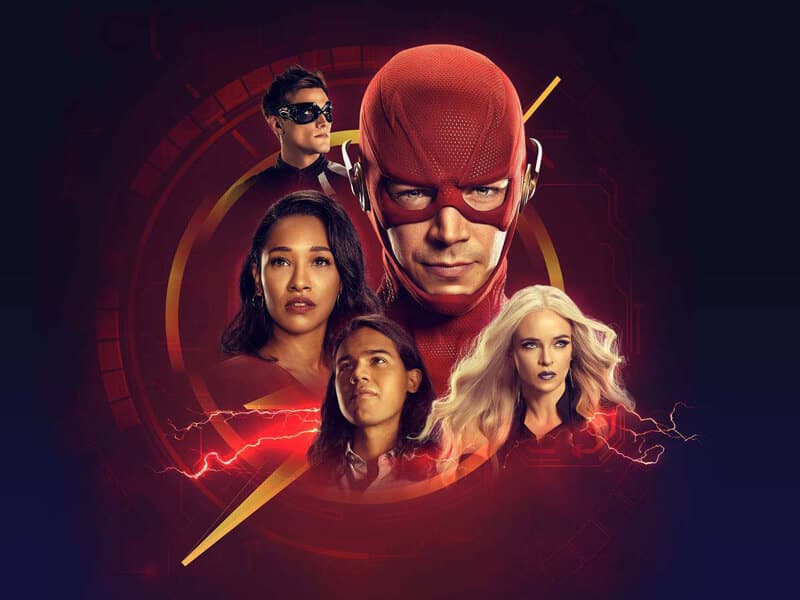 Best VPN’s for Watching The Flash

When you connect, your data is secure with robust AES 256-bit encryption with Perfect Forward Secrecy, and stop ISP’s throttling connections. You have unlimited data and server switching, so you can swap Netflix libraries as you wish and watch all you want.

You have a kill switch, secure IP/DNS leak protection, and the company headquarters are in the British Virgin Islands. With a strict no-logs policy, there is no way anyone can see what you are doing online.

IPVanish is a US-based provider, which has a high-speed network of 1,300+ servers across 75+ locations.

Customer support is 24/7, and they offer a 7-day money-back guarantee. With a strict zero-logging policy and top-end protocols, including IKEv2 and IPSec. It also provides DNS/IPv6 leak protection, obfuscation, and a kill switch.

It works well to bypass streaming site geo-restrictions such as Netflix, BBC iPlayer, and many more.

IPVanish uses SOCKS5 proxies, which you can use with Netflix for buffer-free Flash episodes.

NordVPN provides excellent features and performance. With AES-256, encryption, OpenVPN, and IKEv2/IPSec to keep your traffic secure. The Panama VPN is outside any jurisdiction and comes with a zero-logging policy.

The network comprises over 5,400 servers in 60+ countries, and Streaming is a one-click task with the SmartPlay DNS settings.

It also offers ad blocking, malware protection, and obfuscation to hide the fact you are using a VPN.

For the ultimate streaming experience in Australia, ExpressVPN delivers the best. You can test out all the claims using the 30-day money-back guarantee, which is the best in the industry.

You can quickly install and change the app to a Canadian server for streaming The Flash other TV shows for one month free.

If you wait for Flash streaming to arrive in the US, Netflix, you can quickly change the server and continue with your free period. 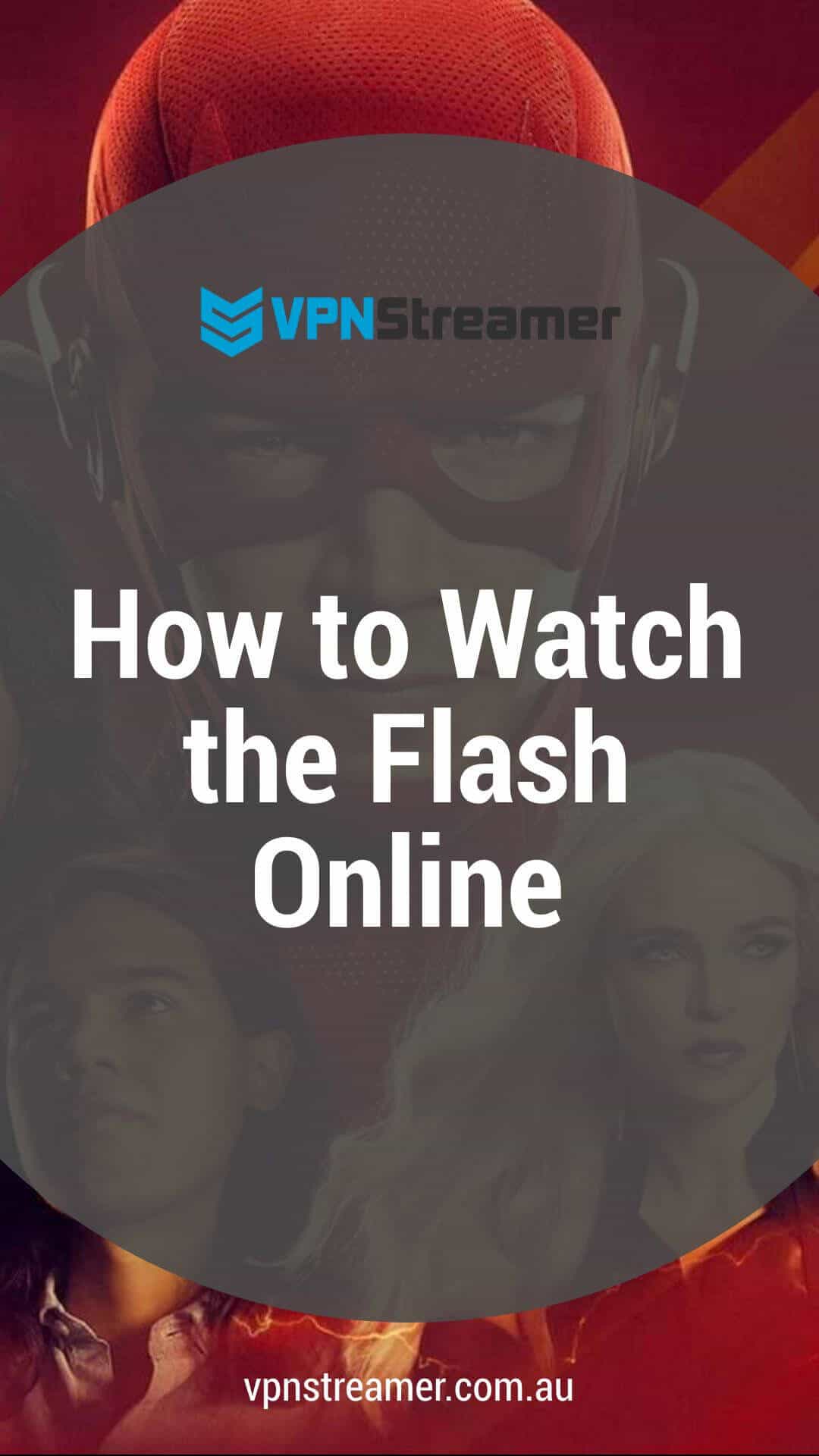