Qustodio might have a strange name for parental control software, but the application does a great job in plenty of areas for protecting your child’s devices.

It can monitor, texts, chat logs and app usage among other things parents might need to be aware of when their children are online.

The Qustodio parental control software can even show parents where their child has been if the app is installed on their mobile devices.

One of the most significant advantages is, all this can be carried out without having to jailbreak or access the other mobile device. This enables parents to remotely keep a watchful eye on their child’s activities.

Here we will take a look at the Qustodio application and see if it is something which can be beneficial, or if there are other alternatives you can use instead of relying on the built-in VPN that much of the core functions depend on. 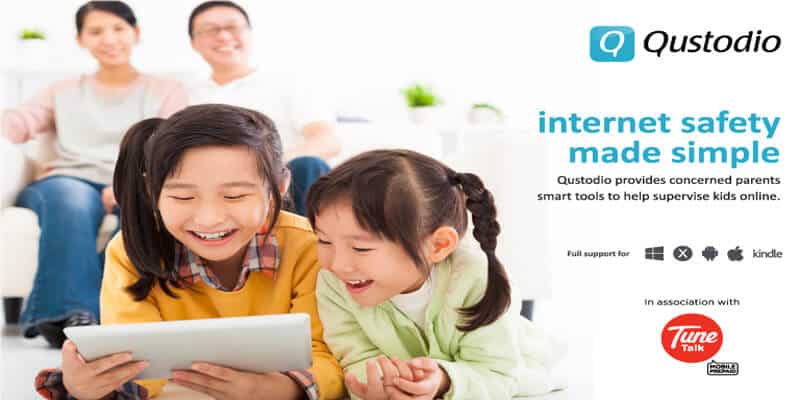 Qustodio offers three plans which are based on family size, and all plans provide access to the full range of premium features.

The features included in these packages are as follows: 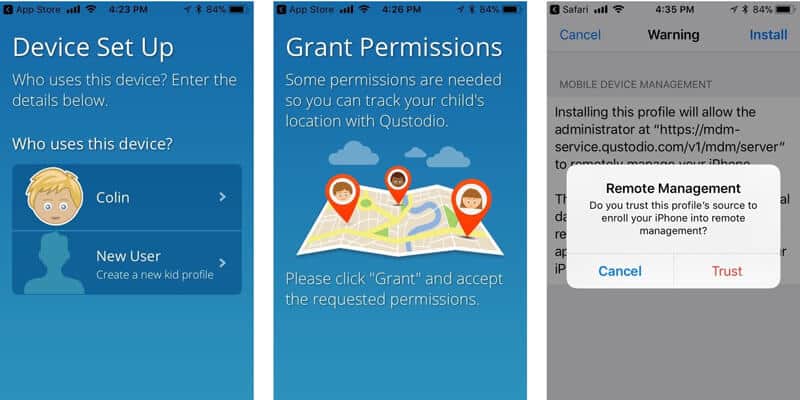 Qustodio Installation and Set Up

Setup is straightforward compared to other parental control software, and one thing it did during installation on Windows 10 was to direct the browser to the profile setup. It also upgraded the account to premium from the free which gives a 3-day free trial before any payment details are required.

During the installation process, parents have the option to hide the app on that PC, this prevents anyone from seeing it running on their profile.

The Qustodio app carries this through to its social media monitoring when setting up an FB account to monitor.

Rather than needing to know a child’s FB password, Qustodio integrates into the already running apps. At this point, a request is made to add the app, and if this is denied, a child is unable to access their social media account.

The Qustodio family dashboard is well laid out and easy to read. The one area which is very different to something like Net Nanny is the Qustodio app encourages your child to carry on as usual instead of having to set restrictions ahead of time.

This builds up a profile, and you can see what a child uses and for how long. Once this stealth monitoring phase is complete, parents can then set up the application restrictions for time limits, or if playing games, they can set screen time.

All this is done from an easy to navigate screen with toggle buttons and a time scheduler at the side. There is also a timeline presented which makes viewing activity much more accessible than an extensive list of text.

As good as everything is on the desktop, the control app quickly fails like many other parental control apps do, and this is it that it is nearly impossible to control anything on the device unless it is done inside the Qustodio app or web browser.

When children are forced into using this, then they will quickly look at how to get around Qustodio on their mobile device.

Aside from this, parents can set usage limits, safe search features, and to shut down the browser if it falls outside the designated hours of use.

Unlike the Qustodio iPhone experience, Android is flexible when it comes to what you can set, and what you can’t. All of the data from the device passes through Qustodio before going anywhere else.

Location and the panic mode work on both Android and iOS where you can set up to 4 numbers as well as a contact email address.

The software performed up to about 98% during testing, but sites such as streaming channels need some thought. 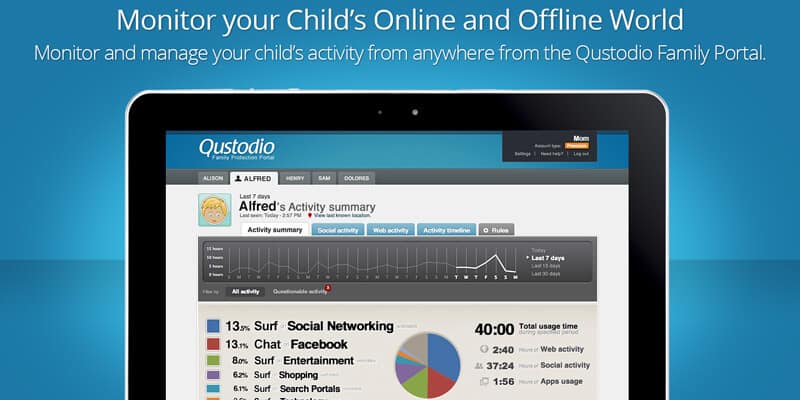 As much as the software does for monitoring and protecting children online, it falls down in certain areas. Much of these downsides are because of Apple devices and how they work.

Qustodio is only compatible with iOS or above, so for older devices, this app won’t work. Chrome or Safari are the only browsers which are protected and monitored. With these, all of the restrictions which can be set are available.

When it comes to app blocking or setting restrictions for other apps and games, these can be set for a limited number, and there might be the possibility your child is using apps outside of what is supported.

One company worth noting is EA, they no longer allow connections through a VPN, and because of this Qustodio no longer supports this gaming company.

Additionally, parents might want to see what their child is doing without them knowing, but the Qustodio software places a VPN symbol in the top of the screen.

This leads to another problem. Currently, the built-in VPN only accesses servers in the US and the UK.

This can force content from these regions rather than the home region to your child’s device. The recommendation from Qustodio to get around this is to disable their VPN, hence losing a lot of the software’s capability.

The downside reaches to some networks not allowing access, and again the solution is to disable protection. Another problem is that the iOS app reports 3rd party ads as pages visited much like calls to Apple or Google are also recorded.

It can be more beneficial to use a VPN service which doesn’t need to be disconnected to allow access.

The top VPN providers allow access to all apps and games while making sure your child’s device is protected. With both Android and iOS, the protection from Qustodio can be circumnavigated if the right apps are not being used, this defeats the object, so it is better to make sure their connection is secure in other ways. 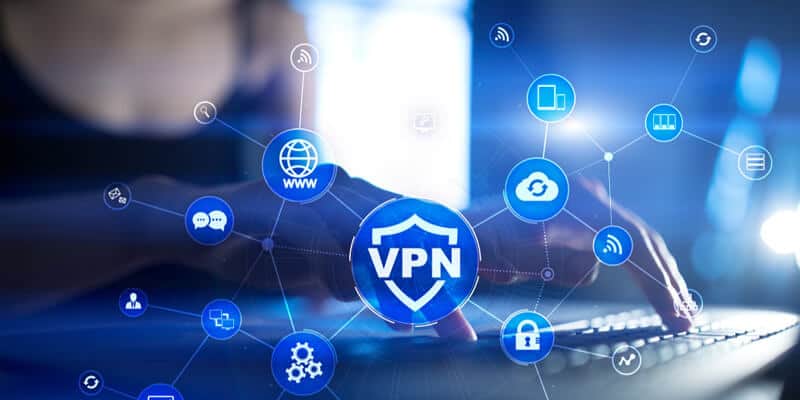 Because geo-location tracking is built into Android and iOS, there is no reason to have any other software to deliver the same function.

With this mention of VPN,s not all are suitable for Australia use, so here we have a broad overview of alternatives you can use instead of relying on Qustodio which you might need to disable some of its functions.

StrongVPN – based in the USA so falls under 5-eyes jurisdiction. It covers only 26 countries, and all of Asia is only supported by 8 locations.

It runs on most of the main devices or can be manually set-up on devices which have no client software.

Networks speeds are not the greatest because of network size, and it delivers the best location automatically, this in testing was not always the best.

StrongVPN delivers high levels of security, but IP leaks were detected when a PPTP was connected to. This VPN delivers a lot, but for the amount of time it has been around, it lags behind in lots of areas.

CyberGhost – This is a hugely popular VPN that blocks ads, trackers and malicious websites. It delivers high levels of security and privacy.

It covers a few more countries than the first option, but its download speeds are much better, but this also dwindles once you are away from Europe or the USA.

Client support covers Windows, Mac, Android, and iOS, and there are plugins for Chrome and Firefox. It should also be noted, their iOS app doesn’t support OpenVPN which provides the highest levels of security.

For protecting children on their mobile devices in Australia, CyberGhost is close but not close enough.

ExpressVPN – from the three VPN’s here. ExpressVPN has the most extensive network with over 60 countries being supported and delivers the fastest speeds to Australia. It blocks malicious content and ads and makes it impossible for anyone to tap into a child’s connection.

Device support is way above most other options, and no matter what the platform, military-grade encryption is guaranteed. Mobile or desktop, and you know your child will be safe.

Qustodio does offer plenty of benefits and does rank above other parental control apps, but with support only really being any good for Europe and the USA, the failings can quickly outweigh any benefit.

Also, it is quite expensive, and when you see children are not protected across the board, or they can find a way to bypass the software. This leaves little doubt that Qustodio isn’t the best solution at the moment.

A reliable VPN is a far better investment because it can protect the entire family rather than using it to spy on children’s activities.