MENUMENU
VPNStreamer > Television > How to Watch SeeSo in Australia

SeeSo app is one of the newest entrants in the cord-cutting services. It is a subscription-based service available in the US. It streams the popular comedy shows from NBC Universal and also has some original contents of its own.

Its main focus is on the comedy genre. Saturday Night Live, 30 Rock, The Tonight Show and Parks and Recreation are some of the shows which have gained popularity among the fans.

There also are originals such as My Brother, My Brother and Me SeeSo subscribers enjoy. To binge watch, MBMBaM on SeeSo, sign up for the service with a monthly payment of only $3.99.

Another one of the original shows on SeeSo, Cyanide, and Happiness also is quite popular. It also has HarmonQuest in its catalog, an animated comedy series.

The app is available on your PC, on Mac and also on mobiles and tablets running either on Android or iOS. Not only this, you can watch the streaming on Xbox and PS4 as well.

It’s unfortunate that there is no Australian version for SeeSo and the service is available only in the US. But you are fortunate enough to connect to a VPN server in the US and bypass this geo-restriction.

The top VPN server currently available is ExpressVPN. The service although a bit pricey provides better quality and speed than its peers. Once you sign up for the services of ExpressVPN download the app from their website. After the application is set-up, which is rather quick, you can connect and disconnect to a server just with a tap. 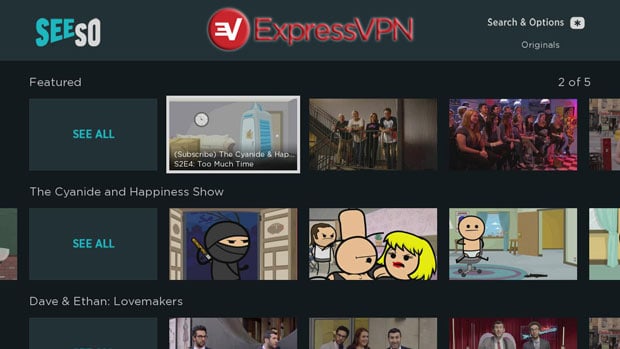 Once you connect to a Virtual Private Network, the server hides your IP address and provides the computer with an address of its local network.

This helps in unblocking the geo-restricted contents. Not only this, but it also encrypts the entire traffic going through the connection. This, thus, maintains your privacy over the Internet.

Once your VPN connection is up and running, you can access the services of SeeSo, anywhere in the world. You do need their subscription though.

You can register for the streaming on their website itself, only if you have a credit card from the Americas. But not to worry, there is a workaround. You can sign up through Amazon Prime even from Australia. Follow these steps:

1. Connect to a US server of ExpressVPN, at first. 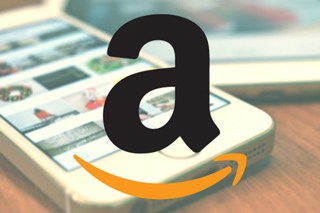 2. Open the US website of Amazon and register a new account with an address from US.
3. Once the account is ready, set up the free trial of Amazon Prime.
4. When completed, search for one of the shows, for example, MBMBaM.
5. You would need to sign up for SeeSo there. Sign up and set up your credit card for $3.99/month. Any card will do.

[TINY TIP] In case, you are not able to access the app, SeeSo probably is shut down as announced a few months earlier. Not to worry, there are many others like Kodi, Hulu or Netflix where you can find some of those contents. And setting up an account with them is pretty straightforward.