MENUMENU
VPNStreamer > Streaming > How to Watch Empire Online in Australia

Empire is a smash drama series that follows Lucious Lyon who runs Empire Entertainment. The series was written for Fox, so it is exclusive to them.

Fans are scattered around the globe, and now it is in the sixth and final season, they want to keep up to date and catch every episode before the final climax.

After looking at what has happened so far, we will see the best ways you can access the Fox Network to watch Empire live streaming. 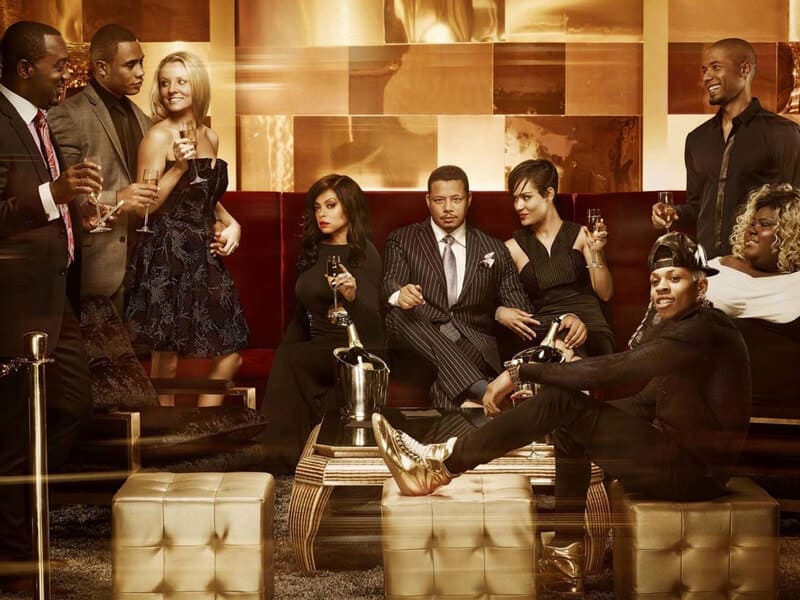 Empire Cast and Show. What Has Happened So Far?

A lot has happened in the life of hip-hop mogul Lucious played by Terence Howard. Once a drug dealer, and now leader of a huge music empire, he comes to learn his life is about to end because of medical complications.

Lucious is keen to take care of all the Lyons family before his untimely departure, but there are plenty of trials and tribulations standing in his way.

There was plenty of action even before the end of season 5. Episode 15 ‘A Wise Father That Knows his Own Child’ saw the law getting closer to Teri and the Lyon family. Jeff Kingsley played by A.Z. Kelsey makes a dramatic impact.

As the cops get closer to Empire, Jeff Kingsley seeks to understand a few things. Kingsley seeks the truth about the goings-on between Lucious and Tracey Kingsley. However, this is overshadowed when receiving news about Andre.

News about Andre health situation takes its toll, and with Andre health, the Lyon family pray, yet this may not protect them from what was to happen in the following episode.

With the thought of an Improved Empire, things took a turn for the worst. Jamal and Kai were supposed to be having a great day, yet drama might ruin the event.

It was not just when Damon threatens to expose a secret; it was an outside influence that could ruin it when AUSA interference gets in the way.

We see AUSA Meghan Conway pursue the Lyons at any cost. No matter what they have going on in their life, she is going to hound them until the Empire falls.

Season 6 of Empire could be a thrilling climax, and now we see how to watch Empire new episode as they air rather than watch on demand. 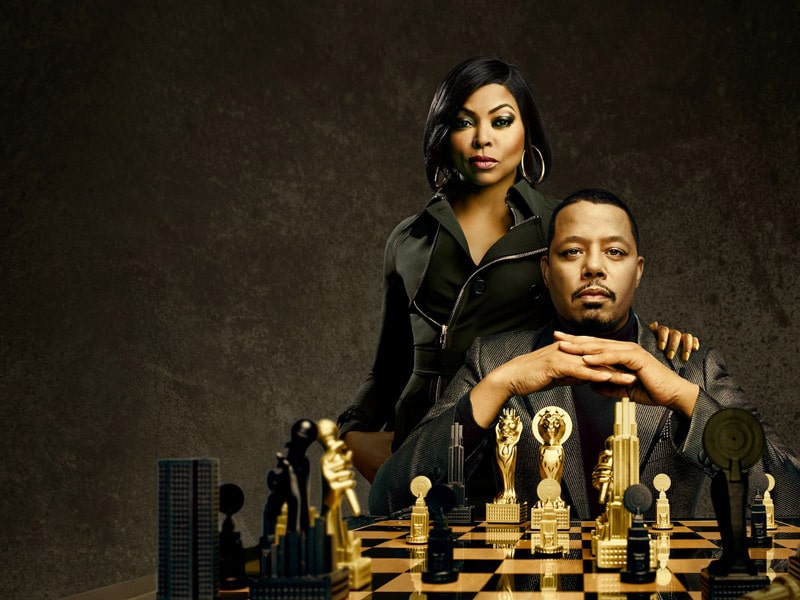 Where to Watch Empire Online

Because Empire is a FOX exclusive, it would make sense to head to the website or use the FOX Now app to gain access to the show.

This is all well and good, but you will need a VPN in place to see any content on the site, not only this, the latest episode is only shown several days after the episode is aired on the network.

Viewers also face restrictions and are asked to sign in to the service using a TV provider. This does rule out the home of Empire out of the equation, or it would if it was not possible to access Fox by other means.

Luckily, using a top VPN, there are plenty of streaming services that have FOX in their channel line-up. Add to this many of these include access to the FOX Now app so you can watch Empire on the go.

Before looking at the best services, it is worth noting viewers who want to watch DirecTV. Recently, this was rebranded to AT&T TV Now.

While this does not make the viewing experience any different at the moment, there has been a price hike and signing up shows, you cannot sign up without a telephone line as part of your package.

This takes this service out of the options, for now, once things change, it may become a viable option.

All of the following options enable access to FOX and the FOX Now app to watch Empire.

All of these services will need a premium VPN to access their services and deliver the best download speeds to prevent buffering during playback.

YouTube TV offers one plan, unlike others that offer different plans. This costs $50 per month and offers 60 channels for users to choose from.

In this, there are 25 of the top 35 local channels and regional sporting networks. The service used
to have limited availability, but they have since expanded to cover all the USA.

Features included are Cloud DVR, which is unlimited and lasts for 9 months. 3 devices can be used, and there is access for TV Everywhere apps. Video content comes at 720p and reliability is first class.

There are additional add-ons you can include, but these do come with extra cost.

YouTube offers a 7-day free trial for new users. Devices you can use include Android TV, Apple TV, iOS and Android, Browsers Xbox, and Smart TV’s.

These offer an increasing number of local channels from 50 up to 90, FOX included in all the plans.

There is a five-day free trial for new users, and there are many features included. Unlimited Cloud DVR which last for 28 days, 5 device connections and access to TV Everywhere apps.

HD video is 720p, although this will adjust depending on your internet connection. There are a number of add-ons, but these will increase the cost dramatically.

There are 31 of the top 35 networks in their channel line-up, yet ABC is not included. Because this used to be a sporting channel, there are lots of sporting channels included as standard.

NFL Network, NBA TV and beIN Sports, this isn’t a common inclusion on other streaming platforms.

Viewers can watch 2 streams with 720p quality. There is a seven-day free trial for new subscribers.

Device support covers the main devices, yet game consoles are not included for the app. Browser support can make playback available on these.

Hulu is one of the top streaming services there is and offers 55 local channels. This costs $45 per month with live TV, and has a 7-day free trial.

The smaller on-demand plans offer a 30-day free trial, yet you may lose the TV Everywhere apps access.

You can have two streams and also Cloud DVR, which runs at 50 hours. Quality is similar to the others at 720p, and unlike other services, there is a Kid’s mode for parental controls.

Device support cover nearly all devices you can think of with just PlayStation not being compatible.

Hulu also has access to the first 5 seasons of Empire, so you can watch back episodes if you desire. 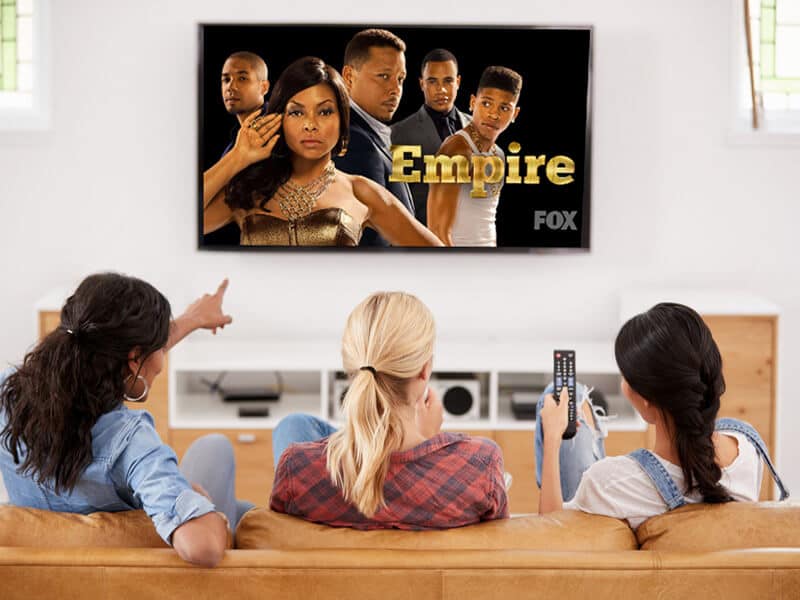 To watch Empire in countries that are a far distance from the USA does need a VPN provider that not only has a large network, but also has good server support in the home country. Australia being a prime example.

Many VPN’s have most of their servers around Europe and the USA, when you reach Asia and beyond, their support thins.

Even some of the better VPN’s neglect these sort of countries. However, there is more to a VPN than just the speed.

They do need to reliable bypass geo-restrictions for all of the streaming Platforms a user may want to use to watch Empire.

Adding to this, a VPN needs to cover all the devices a user may have to gain access. Luckily, ExpressVPN, which is the recommendation, has the broadest device support of any VPN.

It also comes with many security features that stop prying eyes and ISP’s from seeing users are streaming.

HD content eats up bandwidth, and they tend to slow connections for streamers. So users can fully test the performance without paying anything, they offer the best 30-day money-back guarantee.

Users can sign up with the three-step process and then change the client app to a server in the USA, all which is required then is to choose the best option from the above list to catch new Empire episodes.

Because ExpressVPN is one of the top VPN’s for Australia and streaming, users can relax and watch Empire online free without worrying their experience will be ruined.