MENUMENU
VPNStreamer > Streaming > How to Watch The Wandering Earth in Australia

China isn’t well known for producing sci-fi movies. However, they did just that with The Wandering Earth.

This science-fiction movie caused a stir when it was released earlier this year because it went on to become the second highest-grossing film of all time in China. It even topped Avengers Endgame.

When it was released to cinemas, it made almost $700 million, but it didn’t catch the attention of the public. 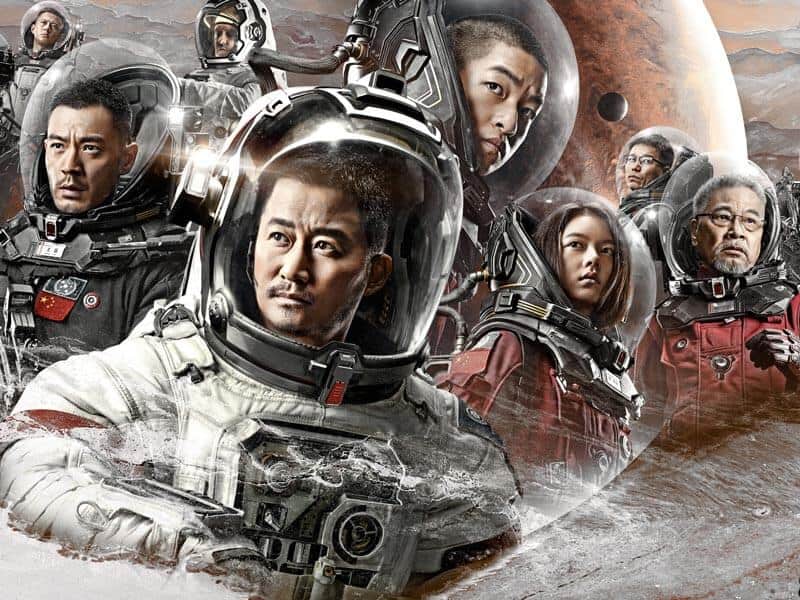 It only had limited screening in Australia and New Zealand where is made just over a million.

After a quick look at what makes this movie special, we will look at how with the help of a VPN, you can watch this silent box office smash online with the world’s number one streaming service.

What Makes The Wandering Earth Special?

The movie was based on a novella from 2,000 of the same name. The author Liu Cixin won awards for his portrayal of an earth that was looking for a new home in a collection of short stories.

The movie hit the cinemas in China in February (Chinese New year); it was screened in North America and Australia a couple of days later.

It wasn’t long before Netflix snapped up the global streaming rights to the smash, and when you delve into the plot, it is easy to see why they thought it was a wise choice.

In 2061, the sun is set to engulf the Earth’s orbit. This leads the world’s governments to start a massive project to force the world out of its orbit and head off to the Alpha Centauri system, some 4.2 light-years away.

To enable to earth to do this, there are massive earth engines constructed around the globe to be used as thrusters to propel the planet on its new course.

Unfortunately, as the world build these thrusters, there is a massive reduction in the human population when massive tsunamis occur as the rotation of the earth is halted.

As the earth slowly moves from its solar system, the world freezes and large underground cities next to the thrusters are where the remaining inhabitants live.

Before all this, a Chinese astronaut Liu Peiqiang heads off to one of the pathfinder space stations that will help guide the earth to its new home.

He promises his son of his safe return to earth, which will be on the Chinese New Year.

On earth, Liu Qi played by Qu Chuxiao (son of Liu, played by Wu Jing) takes his adopted sister to the surface of the earth.

Things begin to go dramatically wrong when they use fake id’s and are arrested. During their escape, Ng Man-Tat who plays the grandfather Han Ziang, gets frozen to death.

Earth begins to be drawn toward Jupiter even with most of the world’s thrusters being repaired. With a childhood recollection of how the thrusters work, Liu Qi comes up with a plan to ignite the hydrogen cloud around Jupiter to avert a collision.

Han, the sister, played by Zhao Jinmai contacts her father and manages to persuade the earth government to contact Sulawesi for assistance.

Without giving away the ending, there is lots more in store. The director Frant Gwo was a massive fan of science-fiction and took inspiration to follow his dream after seeing the special effects in Terminator 2: Judgement Day

We will now look at how fans of this kind of movie can use a VPN to access the top streaming service to watch the thrilling scenes of the earth trying to save itself from impending doom.

Where to Watch the Wandering Earth

As we saw, the only place you can watch The Wandering Earth is on Netflix. However, it isn’t in every market, so there will be some fans who need to go through the following as a way to watch the movie.

It does take a good VPN to bypass the restrictions that Netflix has in place. Not only will it stop viewers from accessing content from outside specific regions, but it can also tell if a VPN is being used.

Some major VPN providers are continually blocked, so they cannot be bothered to try and fight against this.

Luckily, not all VPN’s take this approach.

Netflix, in a way does make it easy for new subscribers. The reason being, when you sign up, you have a global account rather than one for the region where you live.

Once you have one of the better VPN’s, things can be straightforward to change your location and Netflix library.

Here are the instructions to sign up for Netflix

Each plan allows users to watch on laptops, TV’s phones and tablets, among others.

The first month is free, and you can cancel your subscription at any time you wish.

Netflix currently offers the first month as a premium subscription, it will then drop down to the selected plan.

While Netflix can be easy to sign up for in any region, and the users account allows global access, things are not as easy when it comes to which VPN’s will deliver the best user experience.

There are several things VPN’s need to do before they are considered a good choice. Here we will look at three options and see how they differ.

One of the newer VPN’s on the market is Surfshark. This VPN now has just over 1,040 servers in 61 countries. This makes it on the small side compared to many of the bigger names.

Many possible users see they offer very affordable rates, but this does require a sign-up period of two-years. For the yearly and the monthly plans, they fall in line with most other VPN companies.

Second is NordVPN, this is another, which is based outside of any jurisdiction. In fact, all three here are not based in any 5-eyes regions.

Nord is often seen as having some of the best security measures of any VPN provider, yet some of the features do slow connections too much to use this when streaming.

Double hop features require double the encryption processing and data travels via two servers rather than one.

Nord now offers a 3-year plan, which allows users to save 70%; this is a long time to sign up for in the world of VPN’s.

A lot of things change, and none quicker than Netflix access, so signing up for something, which may change, isn’t advisable.

For Australia and other remote regions, there is no other VPN that matches ExpressVPN. They offer some of the best encryption and security.

This can be vital when ISP’s are carrying out data retention, and slowing (throttling) connections for streamers.

This VPN is seen as the ultimate streaming VPN in any region. It uses highly optimised servers, which run in RAM mode rather than physical disks. This means data throughput is faster.

With a massive 94+ countries having Express servers, there is no shortage of connections. These thousands of servers can be in multiple locations in specific countries.

The USA having multiple means that they are always a step ahead of any Netflix VPN checks, and even if they do face a block, then the 24/7 live chat can be used to find which servers are offering connection.

Like the other two VPN’s this offers a 30-day money-back guarantee. However, this is a no questions asked, and the company doesn’t try to resolve issues before obliging a refund.

This period can easily be used just like a free trial, yet without restrictions.

You can sign up in less than 30 minutes and then sign up for a Netflix account. Even before you have finished watching the 2-hour space movie that has grabbed the world’s attention, you will see you are using the best VPN service for Australia and for Netflix.