Kodi is a media player launched for Xbox, initially known as XBMC. It allowed Xbox users to use their gaming consoles as a media streaming device.

But as its popularity grew, XBMC saw its launch on various other devices, and now, it’s one of the best ways for online streaming.

But Kodi also is infamous for pirated streaming movies and shows. So, those who considered Kodi crackdown hoax should know that the rumours of a crackdown on Kodi are real, but only partially. How? Let’s help you understand.

The legality of Kodi still falls in a grey area and to understand it; you have to know how Kodi functions. Kodi, as said above, is a media streaming app.

There are addons to increase support for services. Without those addons, you can only play audios and videos saved on your device.

So, there are addons available to stream YouTube videos or SoundCloud. Then, you can get BBC shows with the BBC iPlayer addon or watch Netflix without switching apps.

Using the official addons is legal, and you won’t face any changes using them. But there also are many addons made by independent developers. 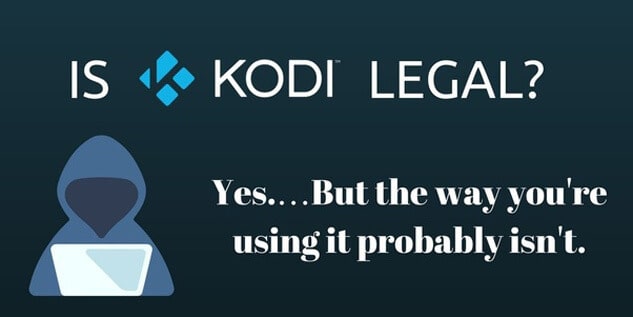 These addons allow users to get premium services for free. Authorities all over the world are using various measures to shut down such addons, and with Kodi crackdown, USA government aims to curb Kodi piracy.

Other than those addons, Kodi is safe and legal to use.

The effects of Kodi crackdown

The government banned many addons, and many of the others went offline. People selling fully-loaded are either fined or imprisoned. 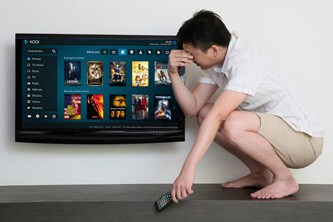 Oh, if you don’t know about Kodi boxes, they are set-top boxes that come with pre-installed third-party Kodi addons. Authorities are looking for people who are selling such boxes and thus, promoting pirated content.

But since Kodi is available on many devices, users also have to be careful while streaming Kodi. Although the end-user – you – isn’t in any immediate danger of facing legal consequences, nothing can be said for sure.

With the Australian meta data laws in place, your ISP is bound to share your connection details whenever the government wants.

It’s difficult to know if you are using Kodi the legal way or not. So, even if you don’t use the pirate-friendly third-party addons, it’s better to be on the safe side and use a VPN.

A VPN will keep your internet activity hidden. They don’t save any records of you, and thus, even the government can’t force them to reveal your secrets. (How does a vpn work? Find out here)

ExpressVPN is one such service, trusted by users all over the world. And to avoid getting caught streaming from pirated sources, connect yourself to an ExpressVPN server.

With its encryption algorithm, you can be safe from getting any copyright violation notice. You can browse the web and Kodi gallery as much as you want, without any fear.

How does a VPN help?

When you connect to a VPN server, the server encrypts any data passing through it. Thus, hiding your data from your ISP or anyone else trying to peek at your connection. It is one of the ways a VPN helps, and other benefits include –

And what more, ExpressVPN is easy to set up on most of the devices you use. It has apps supported by Android and iOS devices, PC, Mac, gaming consoles and also streaming sticks and set-top boxes.

What are you waiting for? Sign up for the service and hide your activity before someone tracks and cracks you down.

Getting a good VPN like ExpressVPN also helps you with a better streaming experience along with the peace of mind it offers.