This comedy cop show follows the exploits of Detective Jake Peralta (Andy Samberg) in the 99th precinct in Brooklyn.

It was first aired back in 2013 and season 6 is making the rounds. The question is, where can you watch Brooklyn 99 season 5 or even earlier seasons because it is no longer on Fox with the move to NBC.

Netflix you cry, but hang on a moment. There is no Brooklyn Nine-Nine Netflix available. That would make things too easy.

There is an even easier option which we will come to. First up let’s take a look at what the show is all about. 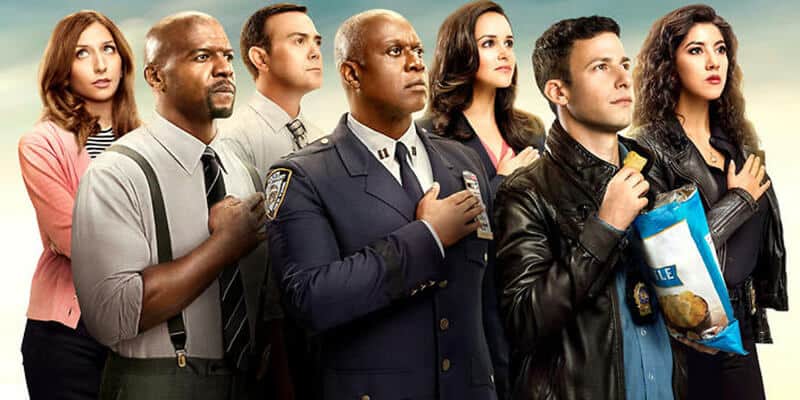 Brooklyn Nine-Nine: What is It?

The show is now 130 episodes long, and although it mainly follows Det Jake Peralta around, there are great characters such as Andre Braugher who plays Captain Holt.

He quickly became a main part of the show, and the paths of Cap Ray Holt and Peralta just don’t cross very well.

Holt later finds he’s in the running for Commissioner of the NYPD, so that will bring some snide remarks from the rest of the squad.

At the end of the last season (season 5) Peralta and his love interest Melissa Fumero as Det. Amy Santiago was almost at their wedding day before a boatload of things began to happen, and as always, they weren’t going to plan. And among all this Terry gently pushes Rosa toward and interesting love angle.

Not only that but was Holts campaign for commissioner successful, the last we saw was Holt hesitates to open something, but was it what he wanted?

With such a cliff-hanger in the Jake and Amy episode, it was good to see the new season was picking up where the old one left. It was lucky they made it so far after the escapades that went on in Season 5 episode 19 Bachelor/ette Party.

All the other episodes were hilarious with when Charles has his food truck destroyed (episode Gray Star Mutual), or when Rosa and Amy get tangled up in an active shooter alert that hits the New York precinct.

In fact, most episodes are classics in season five from episode one and two that was all about the big house, or mid-season where holt comes up with a plan to use the safe house.

If that wasn’t enough a couple of episodes later in the ‘Puzzle Master’ Jake, Terry and Amy try to find who is behind all the arsons that are taking place.

Other classic episodes were Two Turkeys – an eventful thanksgiving dinner Episode 7 where we got to see Bradley Whitford who was the guest star playing Peralta’s dad. Det. Jake Peralta.

If B99 season five was anything to go by, then season six will be a treat for viewers, especially when Jake and Charles take on a case of Hitchcock and Scully from the ’80s. 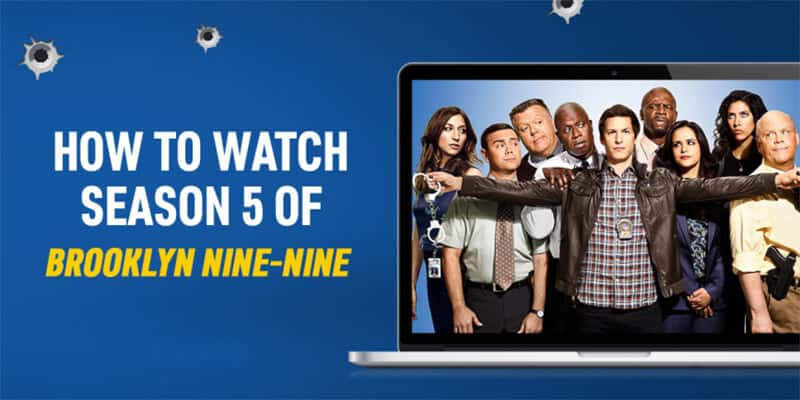 As good as the show is, it isn’t available just anywhere, we already see it isn’t on Netflix, and since it was canceled by Fox the places to watch season five is limited.

The saviour is Hulu, and with it comes the first five seasons of Brooklyn Nine-Nine to watch along with Season 6.

As many viewers may know Hulu is geo-blocked for US viewers only, but this isn’t anything to worry about because a VPN can help out here.

A good one can bypass any geo-blocking of streaming sites and mask connections to it gives the impression you are in the United States.

Aside from this ISP’s are well known for slowing a connection when anyone streams, hence a VPN can hide the fact you are accessing Hulu which is a good thing. No buffering or slow connections.

Now, we better take a quick look at how to sign up for Hulu:

Hulu TV has 2-packages. The lowest is $7.99 per month with ads, or you can choose Hulu with live TV. This could be beneficial when you want to stream Brooklyn Nine-Nine

The live option costs $39.99 but delivers plenty more content, and you can catch up with all the last seasons. 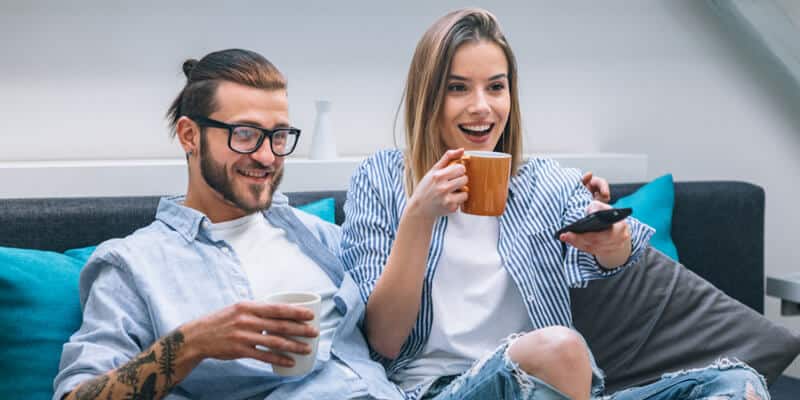 To sign up, you do need a VPN in place because you need to convince the service you are inside the USA.

Hulu begins with a free trial. For the cheaper package with ads, this is for one month and then with the with Live TV package, you only get one week. You can catch season 5 with ease and cancel if you so wish, but that means you will miss season 6.

Australia is a funny place where to get an excellent VPN for, and it is even harder to find a VPN free trial, so you can use it to stream B99.

You are in luck again because we have 2 options, one not ideal while the other is the best option.

You can check out our NordVPN review, and you will see it is highly ranked and does an outstanding job, until it slows down on some servers, so Australia might be out of the question. It is a very good online VPN, so it deserves the second spot in the world.

The ideal choice to use for Hulu and B99 is Express VPN. This delivers the best in bypassing geo-blocking and the fastest download speeds for streaming shows and movies.

Hulu is easy to access with Express, and if that wasn’t enough, they offer a 30-day money back guarantee (Nord also does, but they are slow payers) which is refunded within a couple of days.

With this money back guarantee with no arguments, this means you are getting a one-month free ExpressVPN trial. This ties up nicely with the Hulu free trial.